Rekindle Romance Along The Circle Tour

Searching for new ways to rekindle romance with your significant other? Chocolates and flowers are perennial favorites, but we suggest something a little different to spark the flames of romance. There’s something truly romantic about the isolation of lighthouses and the sense of history that surrounds them. In fact, dozens of romance novels that feature lighthouses, with titles like “Keeper of My Heart,” “Love Unexpected” and “Cape Seduction,” have been written over the years. Lighthouses have also been a backdrop for innumerable wedding photos. Could a trip to a lighthouse along Lake Superior’s North Shore be your next romantic journey? The Lake Superior Circle Tour is home to some fifty-six beautiful lighthouses. Although some are not easily accessible, they all have a unique story to tell. Whether you are viewing them by water or land, they are well worth a stop. There are sixteen lighthouses on the Ontario side of the big lake. 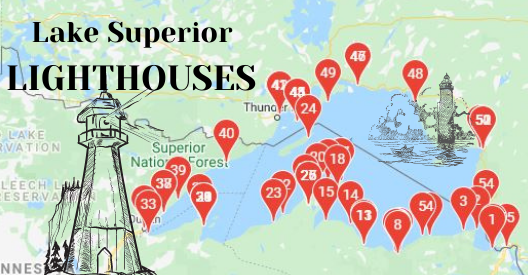 One of the most popular lighthouses on the circle tour is Porphyry Island Lighthouse, 40 km. east of Thunder Bay. It’s only accessible by boat but if you don’t have your own vessel, the good news is that charter excursions can be booked out of the Thunder Bay Marina.  In the summer, visitors are welcome to climb the 36-foot-tall light tower. Or visit the museum and art gallery. Explore the island’s unique volcanic geology. You can rest in the Parks Canada Red Chairs, visit with the friendly staff and volunteers and take in the magnificent views of the lake with your sweetheart. Thunder Bay author Jean Pendziwol wrote the acclaimed historical fiction novel, “The Lightkeeper’s Daughters,” about a family stationed at Porphyry. 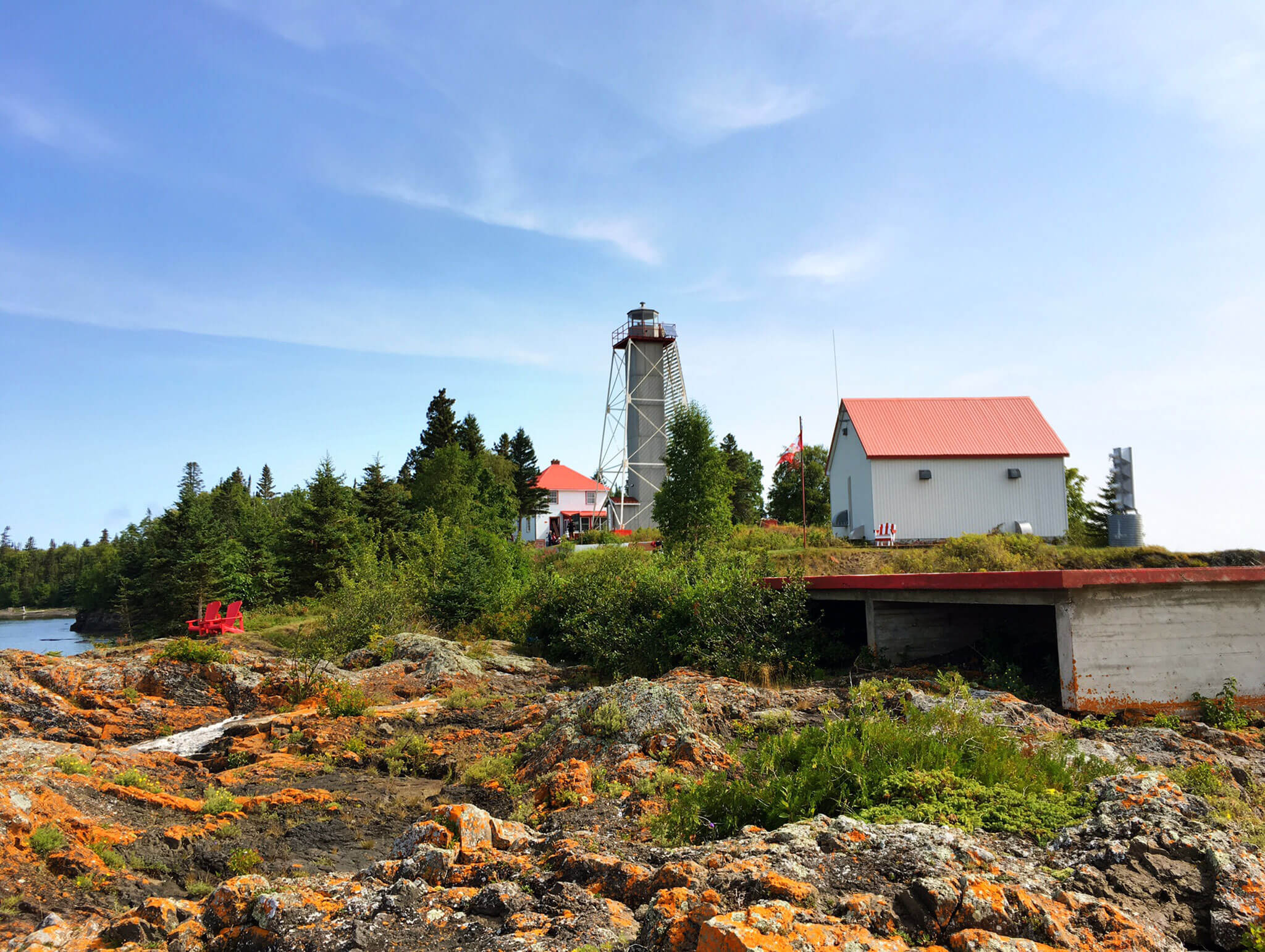 Located 9.3 km from Rossport, Battle Island Lighthouse, established in 1911 to guide boats coming in from Lake Superior through Simpson Channel into Nipigon Bay, can be viewed by private boat, commercial charter, or by kayak/canoe. 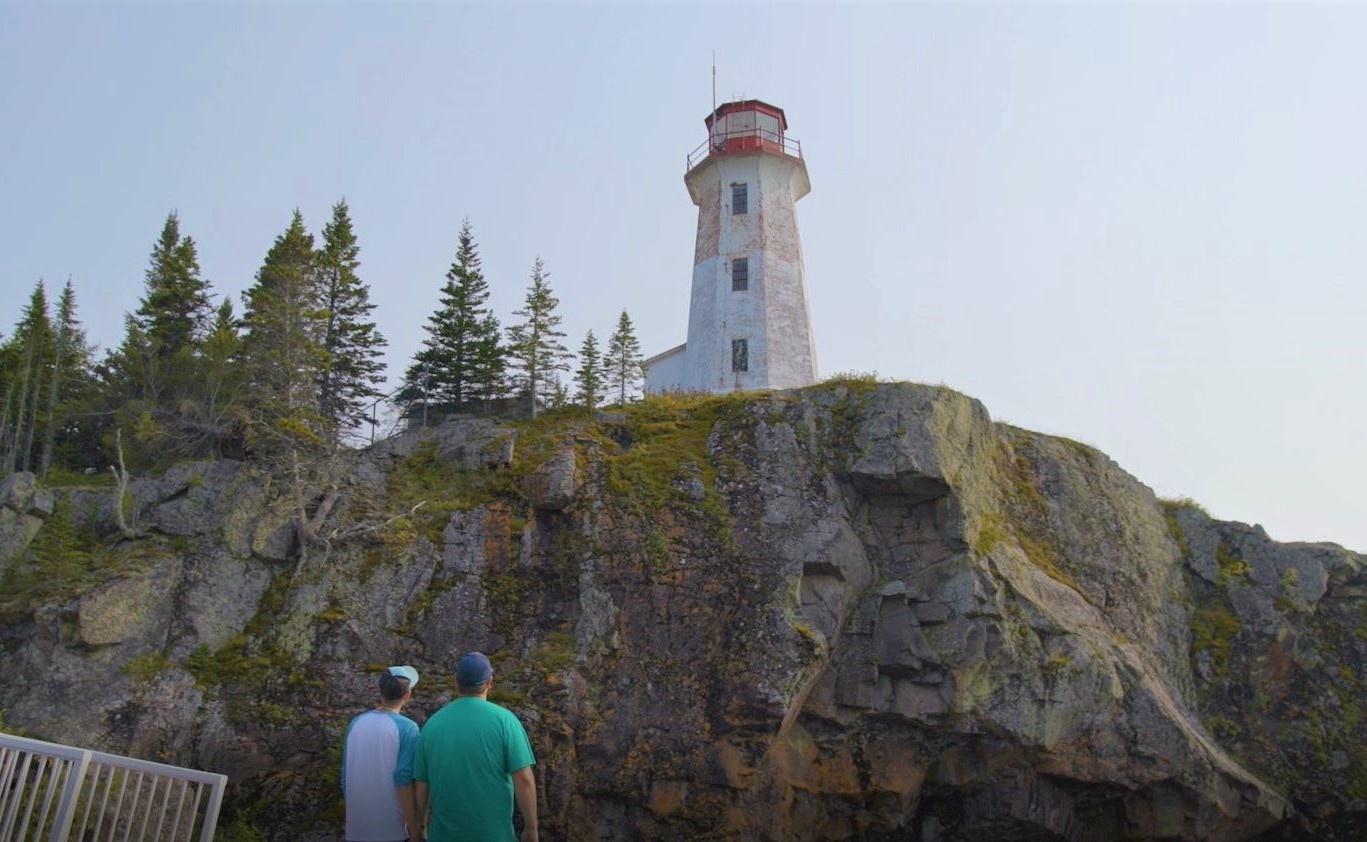 The Slate Islands Lighthouse (1903) is located within a group of rugged islands close to Terrace Bay where woodland caribou still roam. You may also glimpse beaver, hare, fox, and a variety of shorebirds and explore the remnants of two native settlements. There has been speculation that the central islands are the remains of an ancient meteorite. 224 feet above lake level, with a 36-foot tower, it’s the highest lighthouse on the lake. 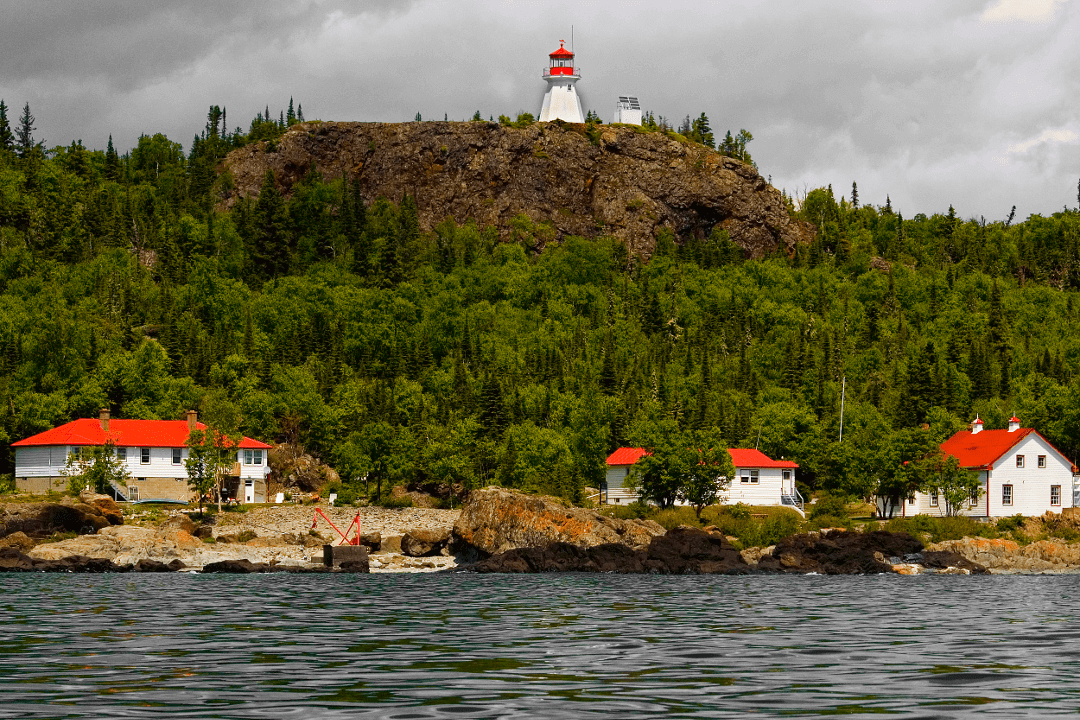 Michigan is home to twenty-seven lighthouses, many of which are open to the public. One of the best known and most popular is the Whitefish Point Light Station (1861), which keeps watch over the “Lake Superior’s Shipwreck Coast” that has claimed some 200 vessels including the legendary Edmund Fitzgerald. You can learn more about the ships the treacherous waters have claimed in the museum. Also choose to take a guided tour of the lighthouse, the lightkeeper’s quarters and the Surfboat House. 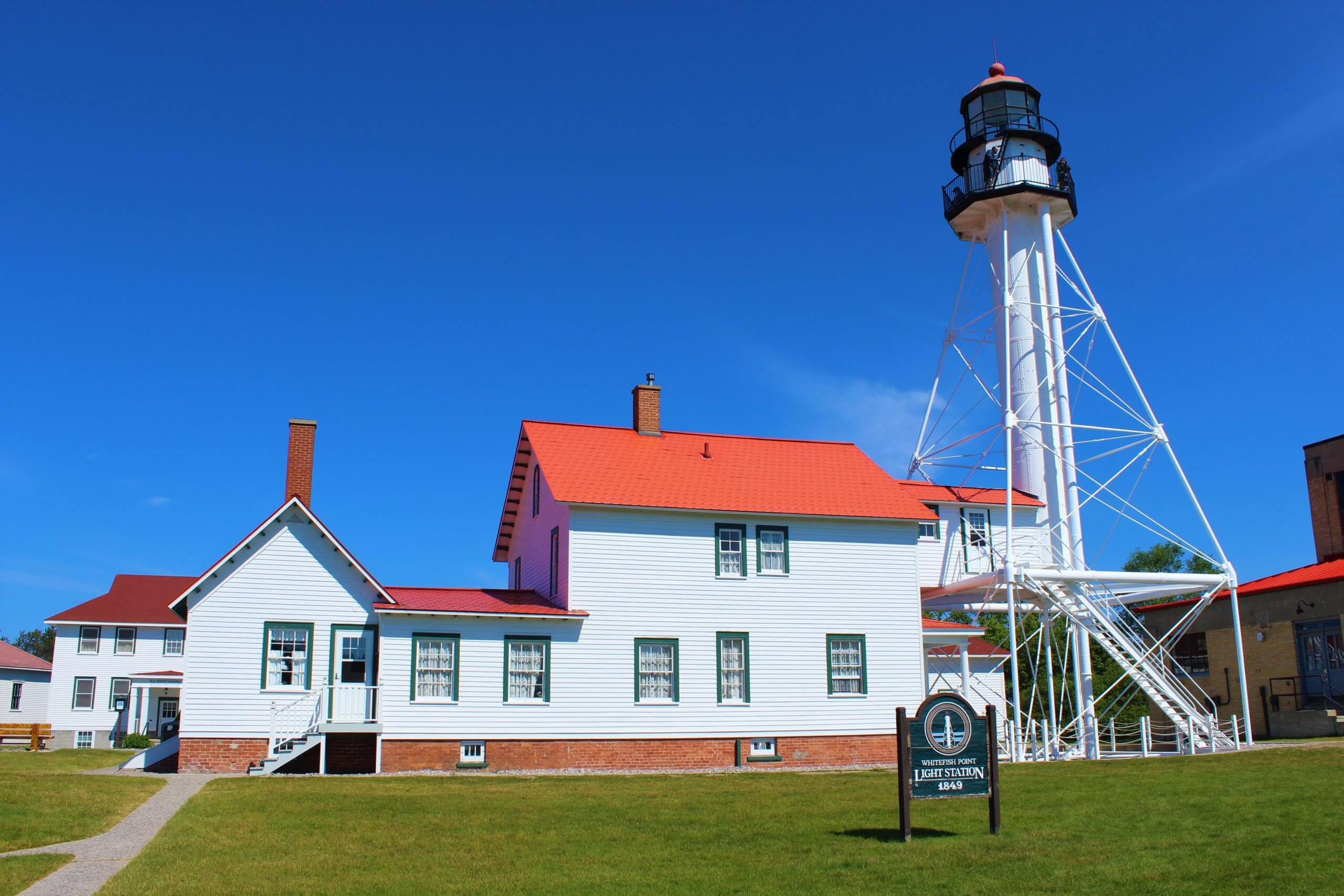 One of the few lighthouses on the circle route that is accessible by land is the Au Sable Light Station in Grand Marais, Michigan. Guided tours are available and, once at the top of the spiral staircase, you are rewarded with a panoramic view of Lake Superior and the Pictured Rocks National Lakeshore. It’s well worth the hike or bike ride. 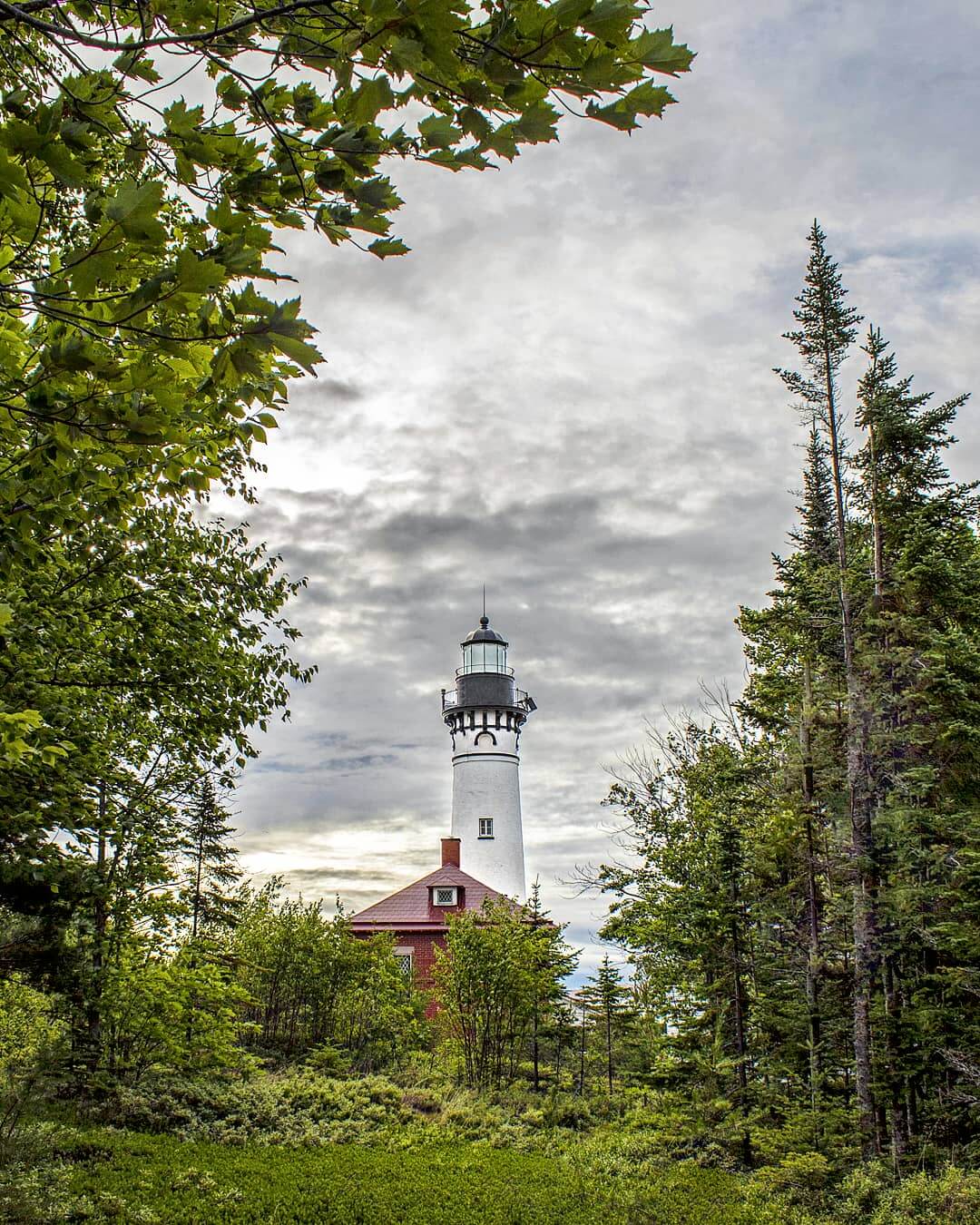 Six of Wisconsin’s seven lighthouses are found within the Apostle Islands. The most accessible is Raspberry Island Lighthouse, built in 1862 and standing 43 feet high with a light keeper’s dwelling. Guided tours and boat tours are offered daily in the summer season. Start your tour of Minnesota lighthouses in Duluth, where three massive structures await you. 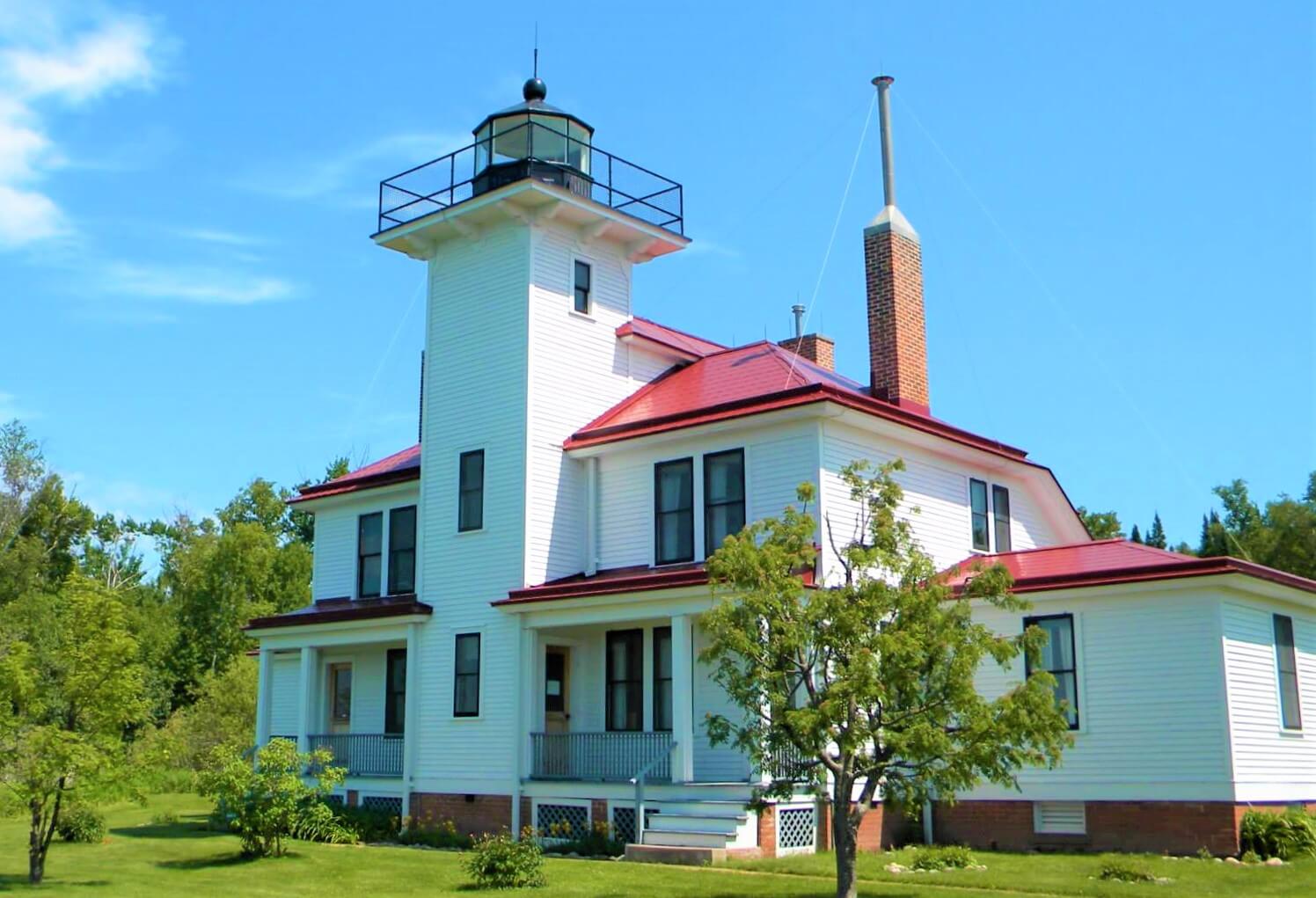 Heading north, you won’t want to miss one of the most popular lighthouses in the entire circle tour. Located in Split Rock Lighthouse State Park, Split Rock Lighthouse (1910) was built on 130-foot sheer cliff overlooking Lake Superior. Enjoy a guided tour led by characters in period clothing. Check out the interpretive exhibits, the residence and outbuildings and presentations.  You can even climb the 32-step spiral staircase to the lantern room to see the original turning lens. 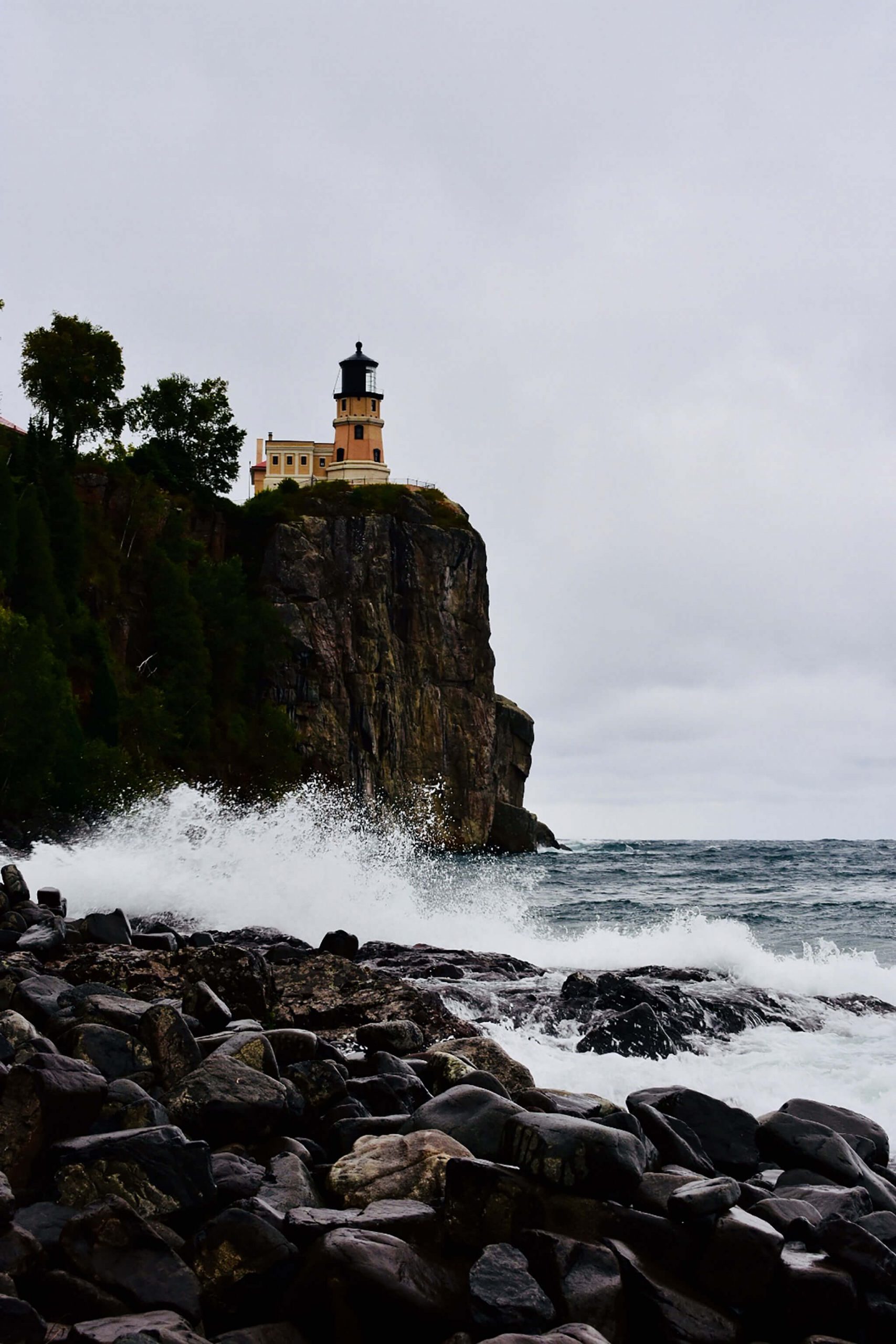 Niagara Falls is the “Honeymoon Capital of the World”, and has been for more than two centuries. However, did you know that the Lake Superior North Shore region is home to the famed “Niagara of the North,” the majestic Kakabeka Falls, the second highest waterfall in Ontario at 40 meters? Located in Kakabeka Falls Provincial Park, it’s a noted spot for strolling hand-in-hand along its extensive network of boardwalks and for picnics. 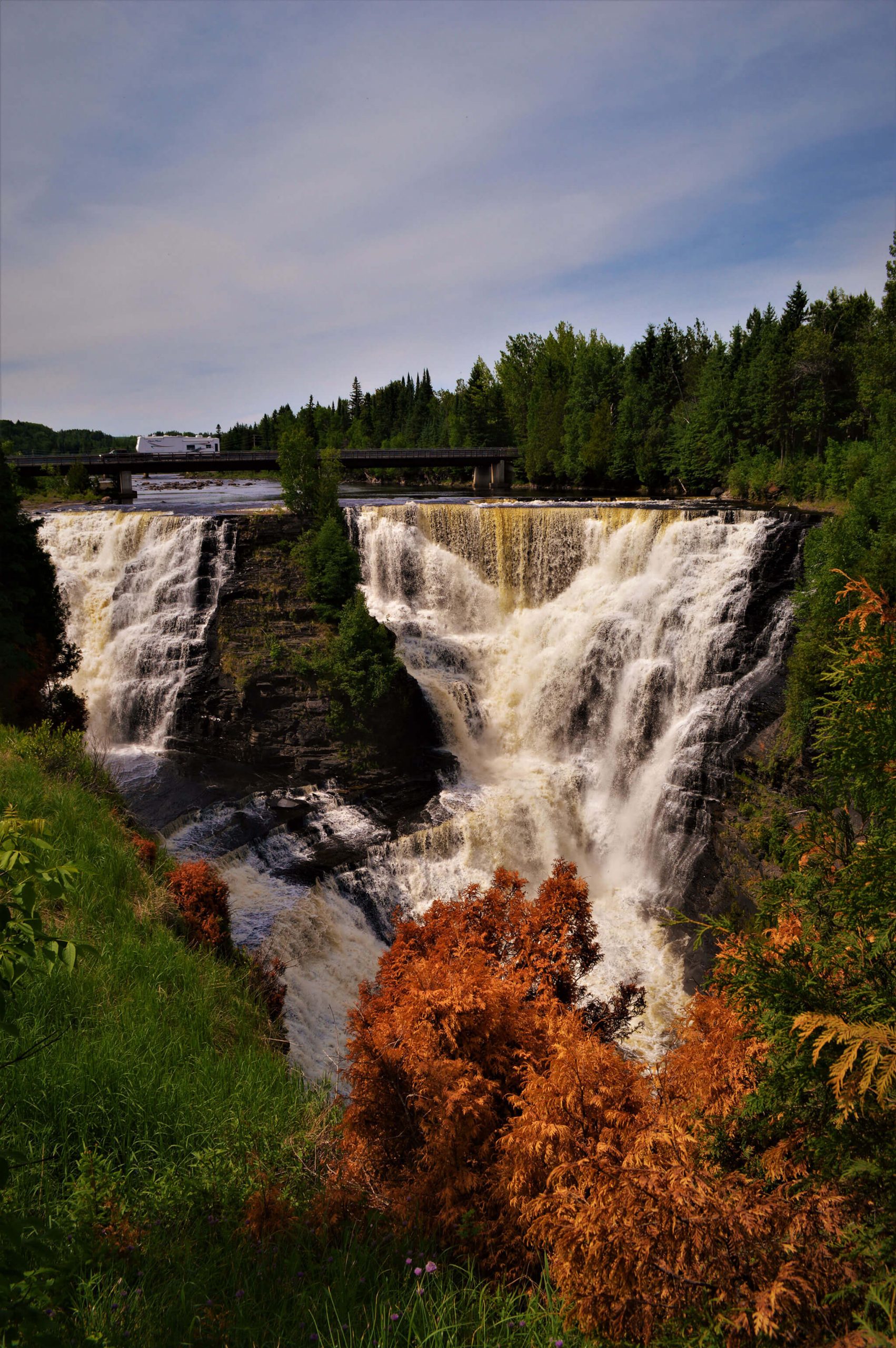 Also well worth the stop is Aguasabon Falls and Gorge just outside Terrace Bay. At 34 meters high, it’s especially stunning in the spring when a ferocious cascade tumbles down the 2.6- billion-year-old rock face. There are picnic tables near the falls along with a hiking trail with spectacular lookouts. You can order a picnic lunch in nearby Terrace Bay to enjoy by the falls or on the community’s beautiful beach or in its new beach pavilion. 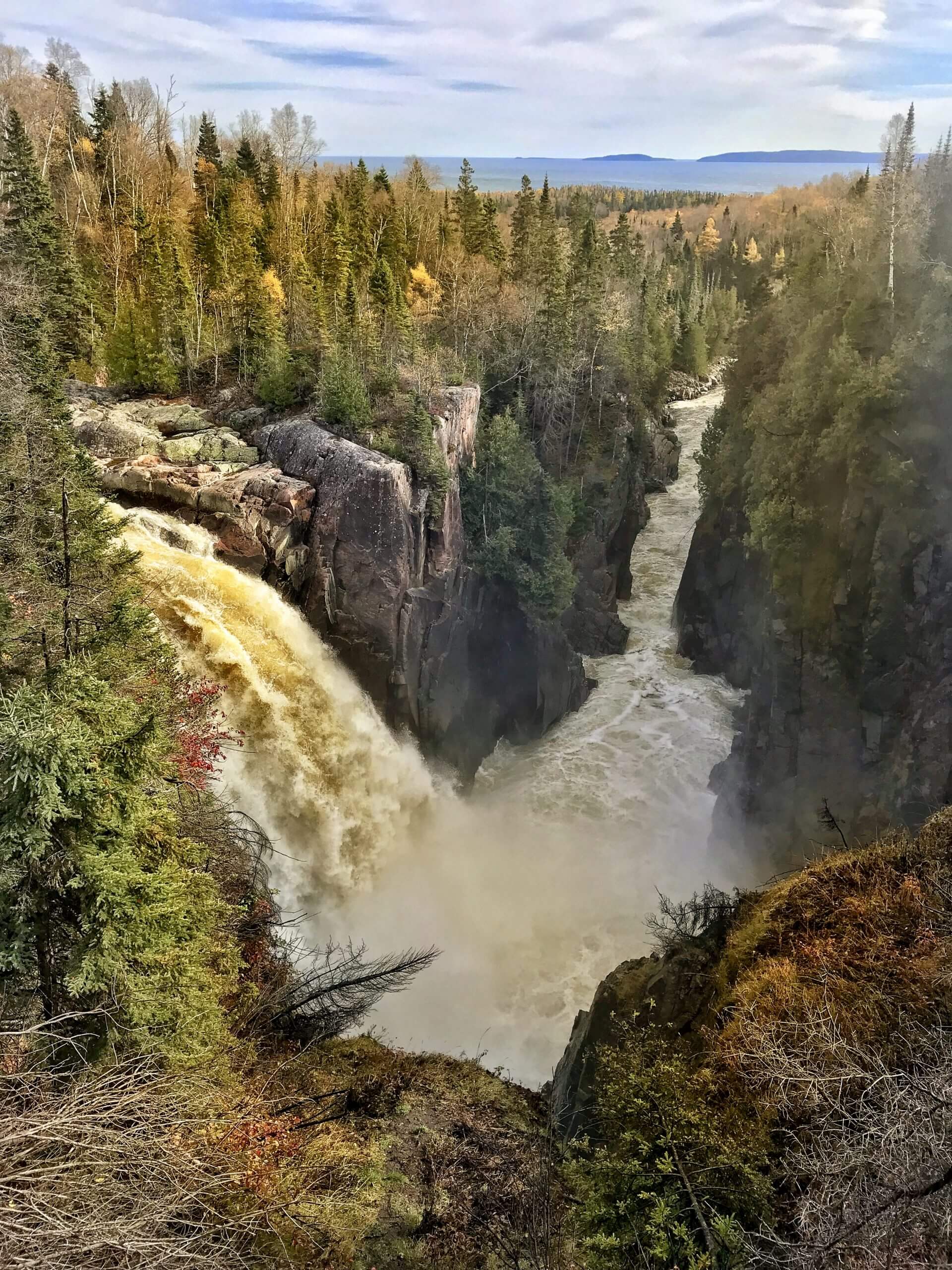 Michigan has over 200 named waterfalls including the largest, Tahquamenon Falls in the state park with the same name. Fifty feet tall, the falls has three different sites. It is one of the top five waterfalls in terms of volume east of the Mississippi River. Some of the most spectacular falls in Wisconsin can be found on Lake Superior’s South shore including the highest, the 165-foot Big Manitou Falls and the 90-foot Potato Falls in Gurney. 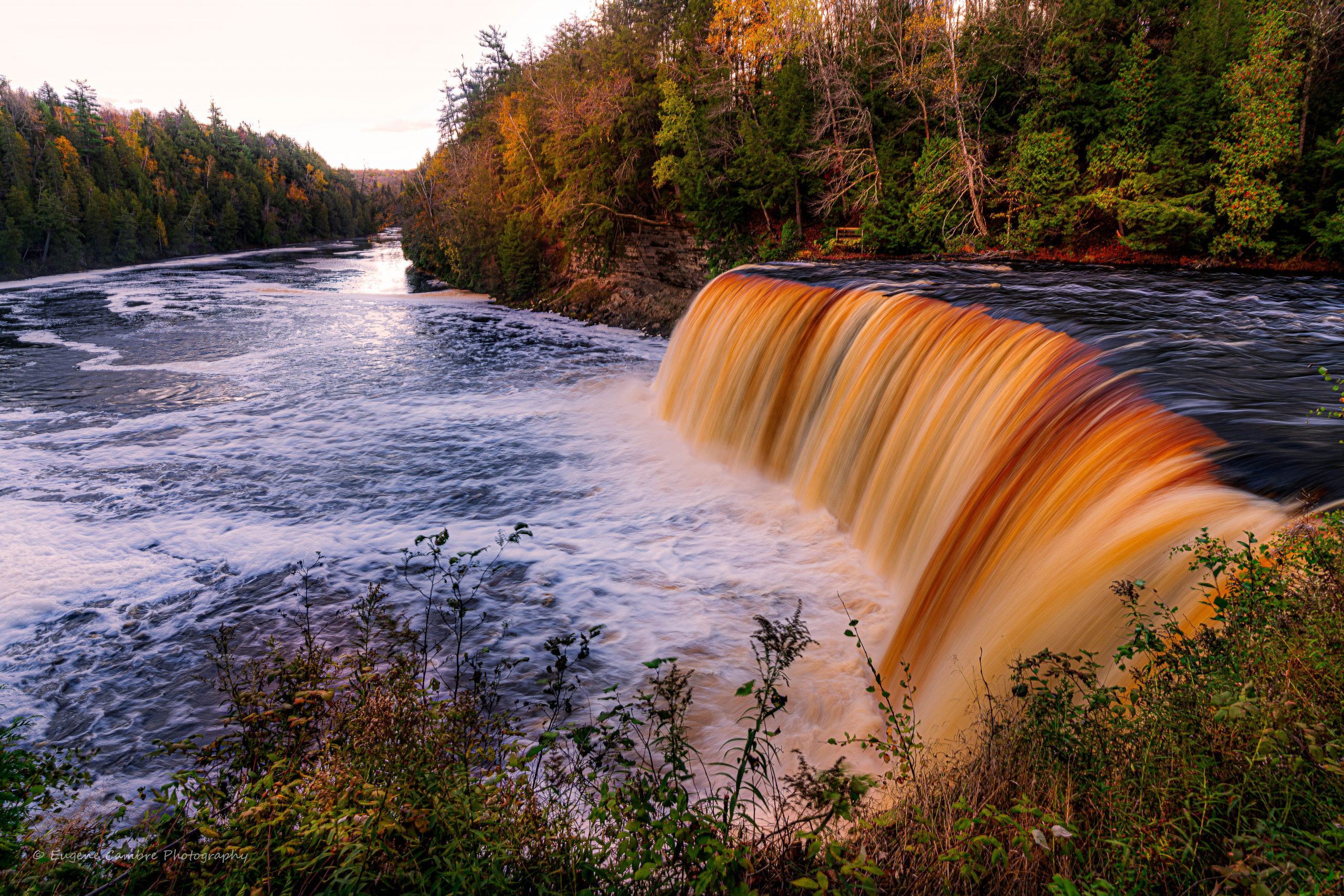 Minnesota has fewer waterfalls than its neighbors but what is does have are impressive. High Falls in Tettegouche State Park lives up to its name at 100 feet in height. It’s one of the highlights of the park. Even higher is the 120-foot High Falls of Pigeon River, a very accessible falls at the U.S./Canadian border. 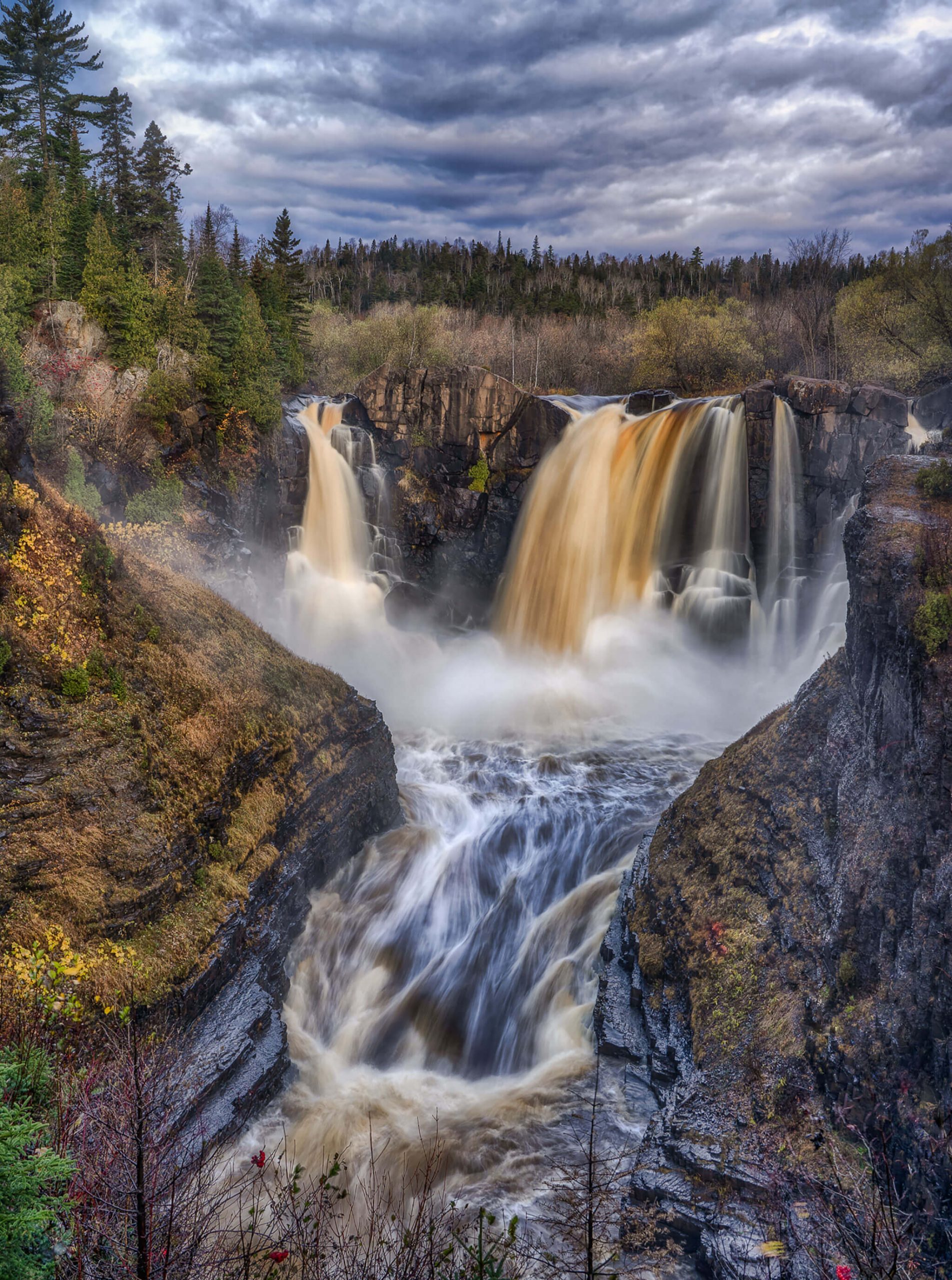 Are you tired of the awkward silences that so often occur on a first date? A hiking date is different from most dates in that they give lots of opportunities for conversation. As well as times of companionable silence. The two of you may forget what restaurant or movie you went to but not that hike with those magnificent views and other memorable experiences. If you think about it, hiking dates can really promote romance. Consider a picnic by a lake, a stream, or waterfall along the trail. Stop and enjoy the sights along the way as you create memories. Plus, don’t forget that hiking releases the happy chemicals, serotonin, dopamine, and endorphins that improve moods and elevate energy. How can you lose? Romance seekers can hike to their hearts’ content in Superior Country along Lake Superior’s North Shore, getting close to nature’s wonders as you grow closer as a couple.

Starting just east of Thunder Bay, in Superior Country, Sleeping Giant Provincial Park has over one hundred kilometers of trails for both day and overnight hikes from the easy Middlebrun Bay Trail to the very strenuous (think endorphins!) Top of the Giant Trail and lots of options in between. 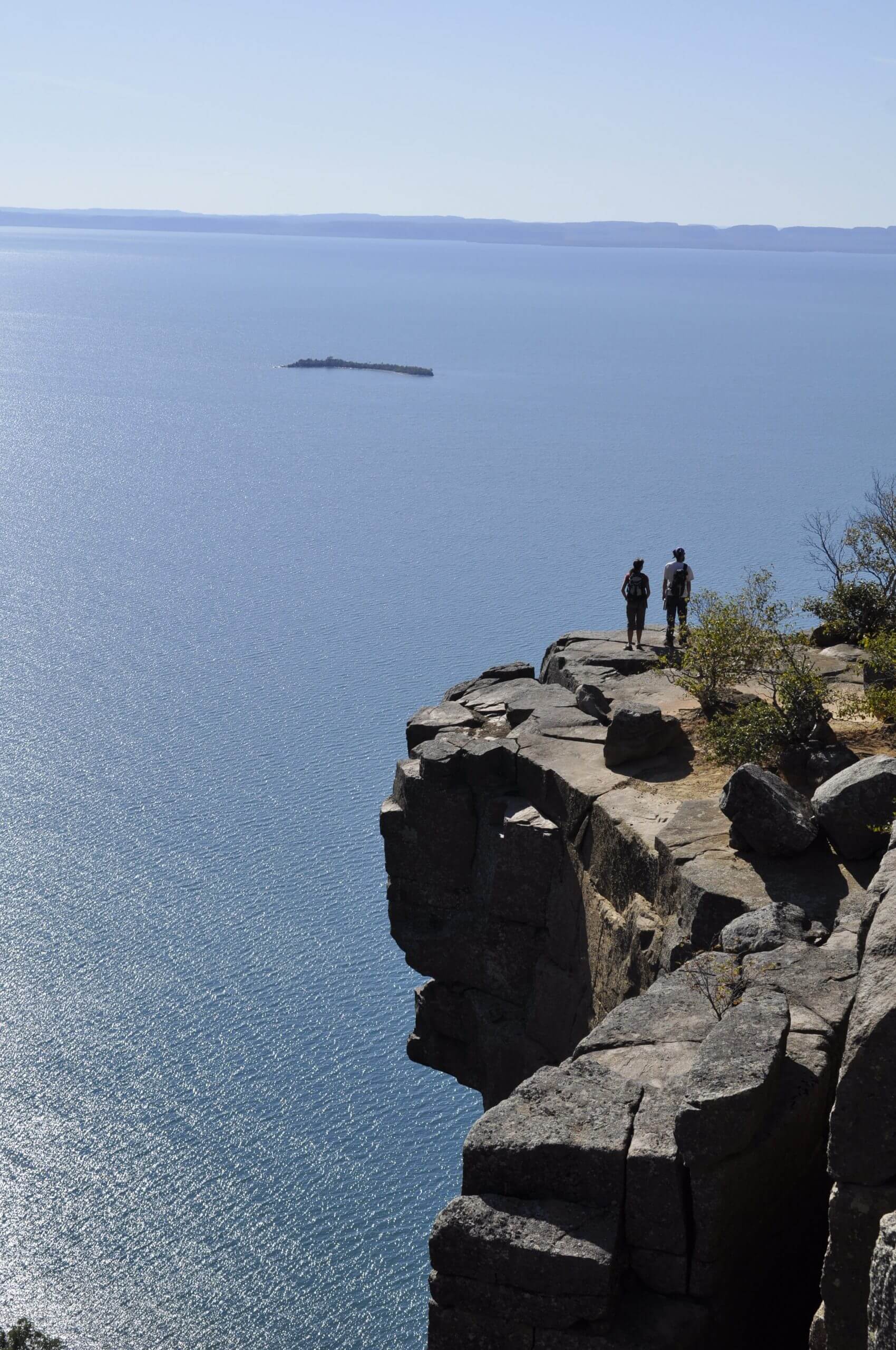 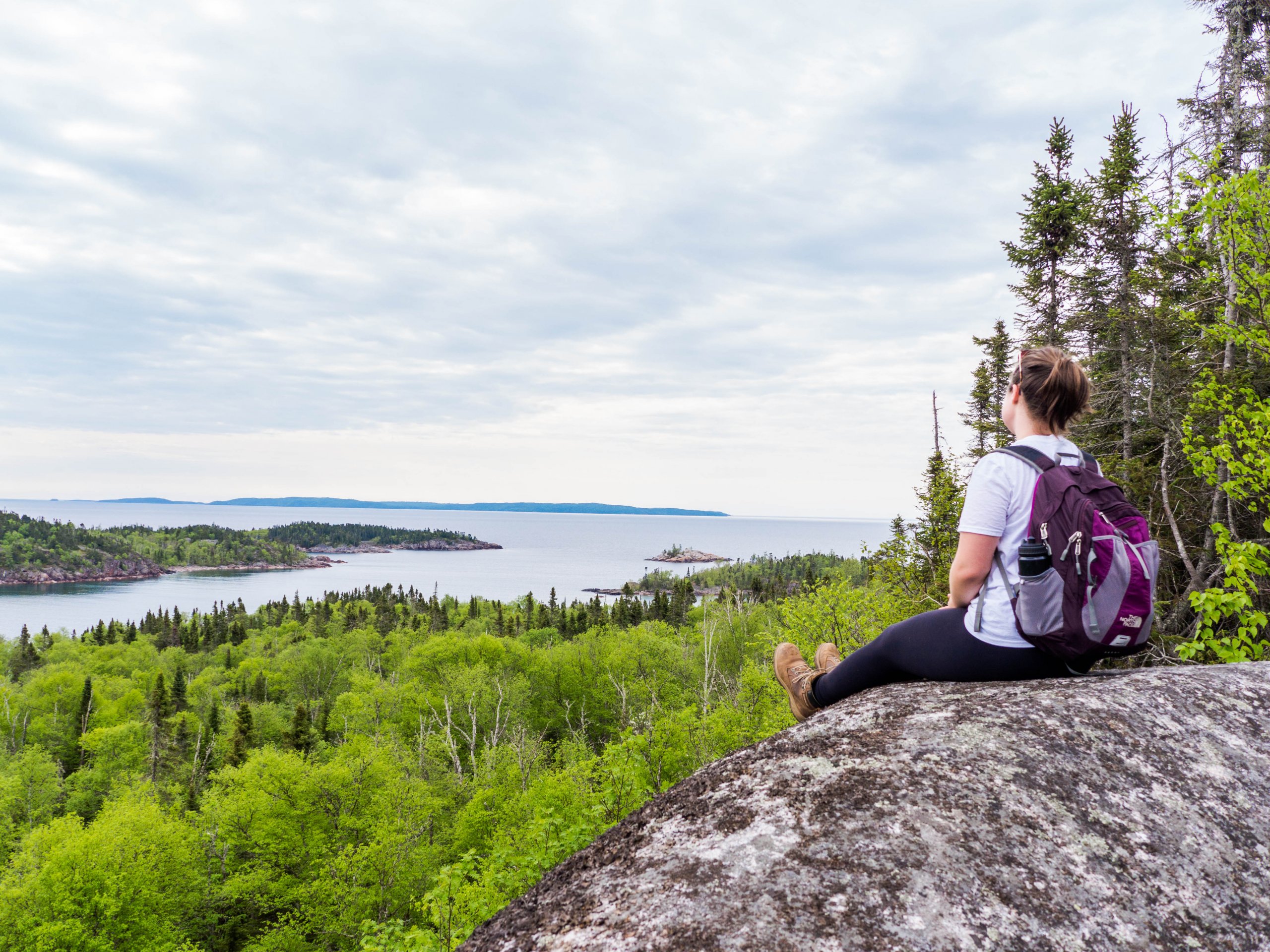 The Presque Isle River Waterfalls Loop Trail is located near Wakefield, Michigan on the western edge of Porcupine Mountains Wilderness State Park. The hike includes sections of boardwalk and stairs, a wooded trail, and a suspension bridge. There are also three main waterfalls of the Presque Isle River. 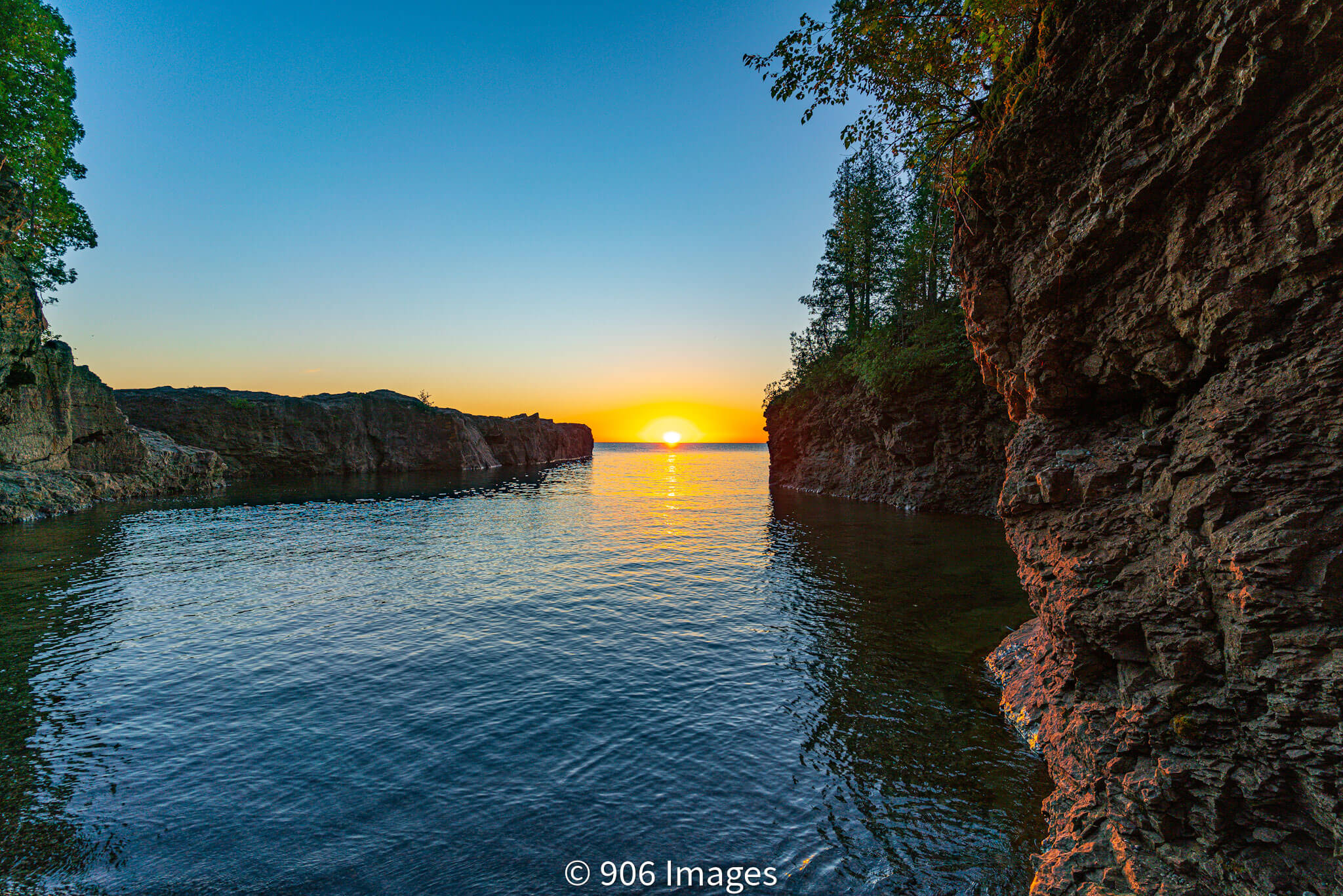 Numerous Wisconsin hiking adventures can be found on the Apostle and Madeline Islands as well as in the City of Superior, among many other options. Then head to Minnesota where you can sample the great trails of Duluth including the Lake Walk and the beginning of the Superior Hiking Trail which travels along the lake all the way up the coast to near the Pigeon River U.S./Canada border. 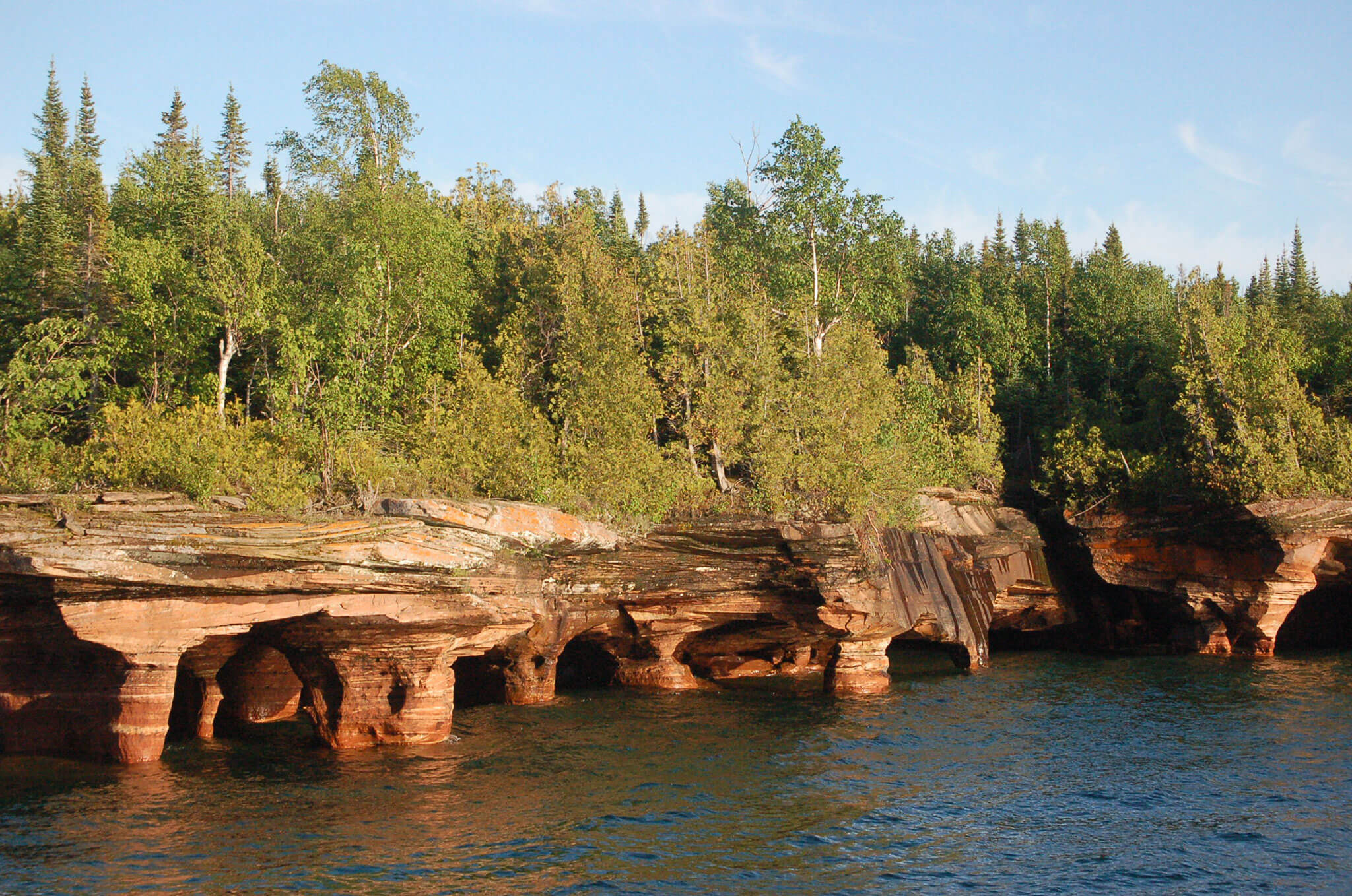 After all that adventure, it’s time to stop and enjoy the dark and starry sky around a blazing campfire while you enjoy one of the region’s signature brews along the Ale Trail or a steaming cup of coffee following the Java Journey. Here’s to celebrating romance along the Lake Superior Circle Tour! 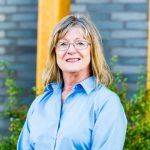 Pat Forrest is a tourism consultant based in Kakabeka Falls in Northern Ontario. She loves writing about tasty food almost as much as she enjoys eating it.