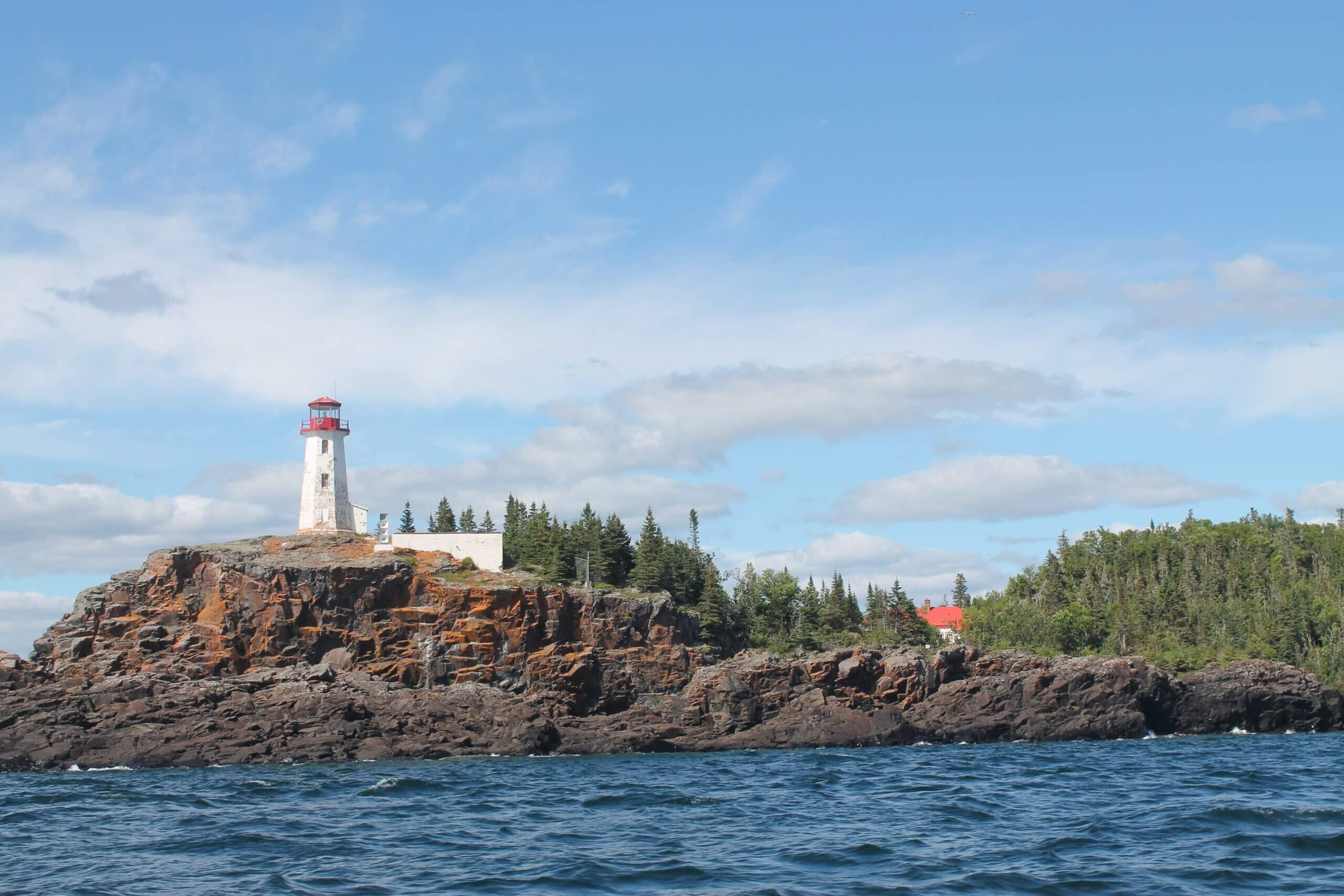 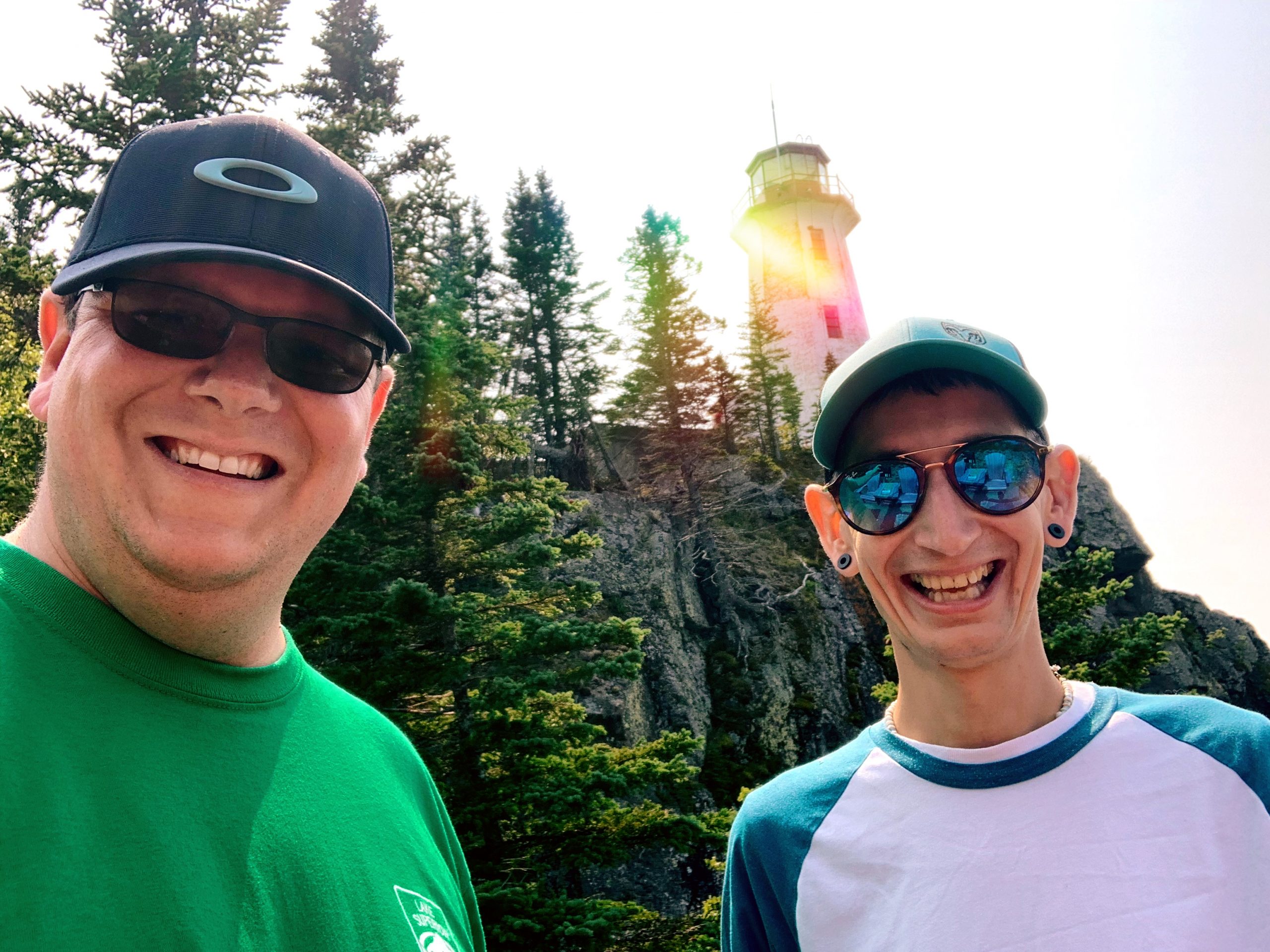 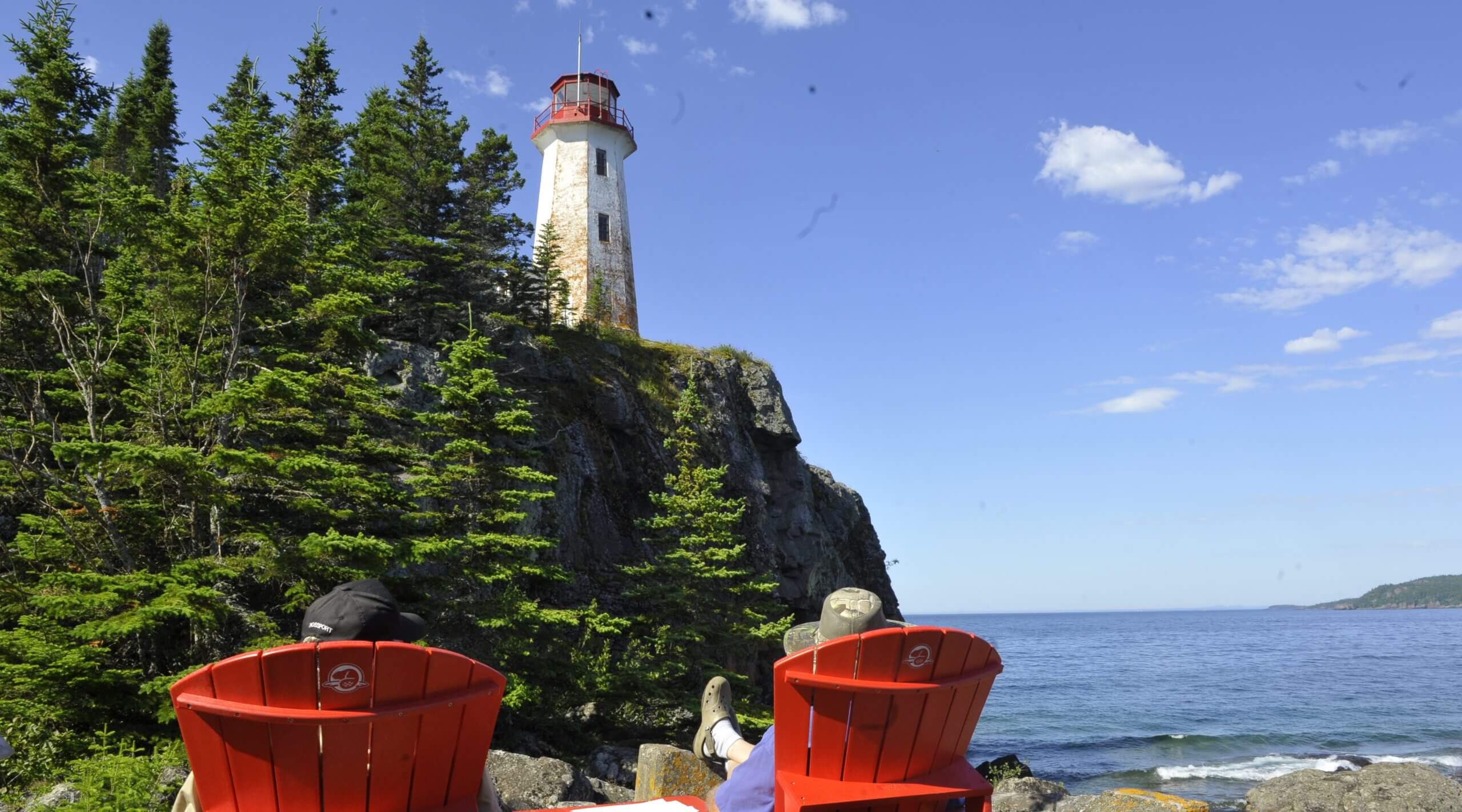 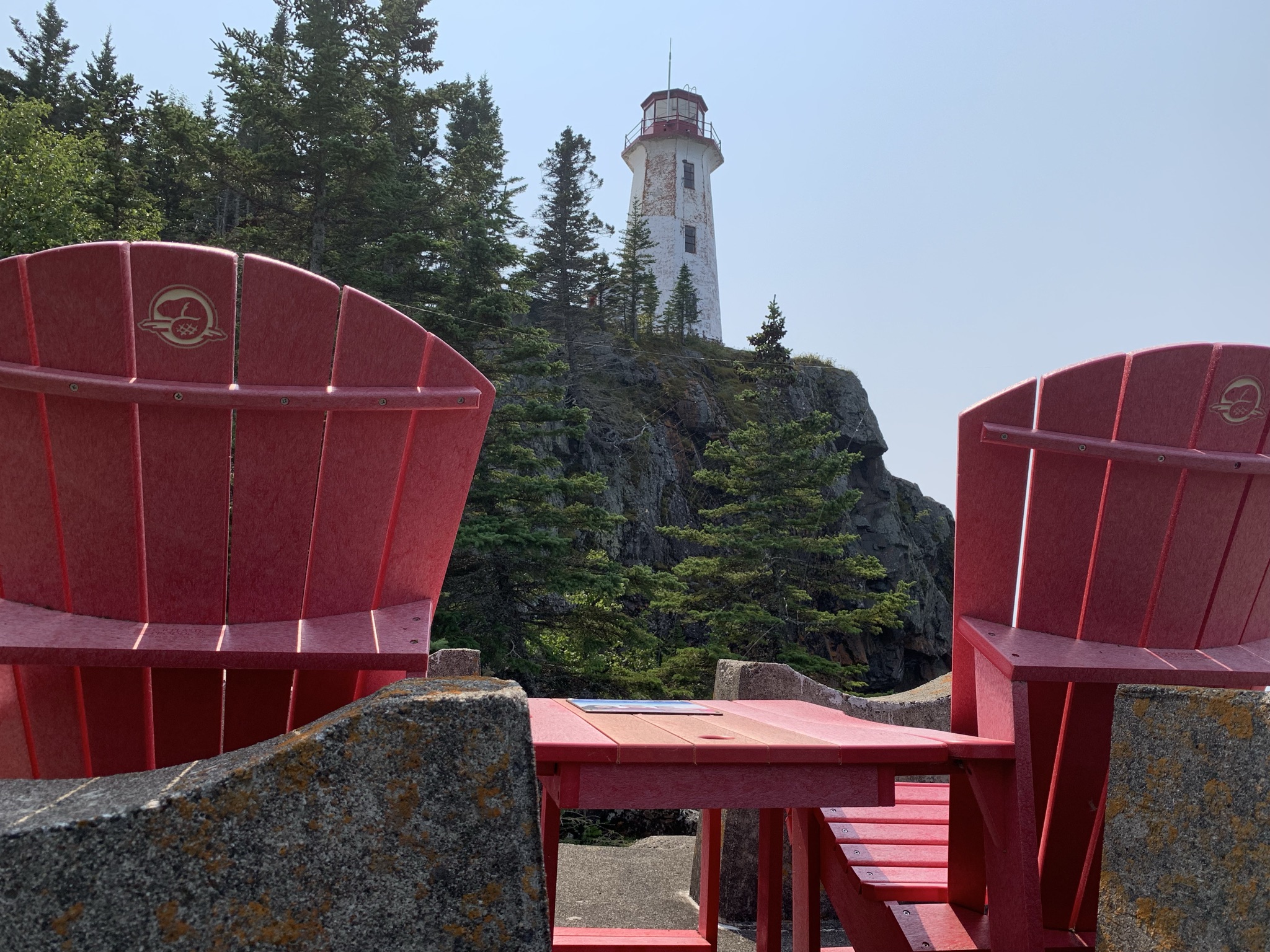 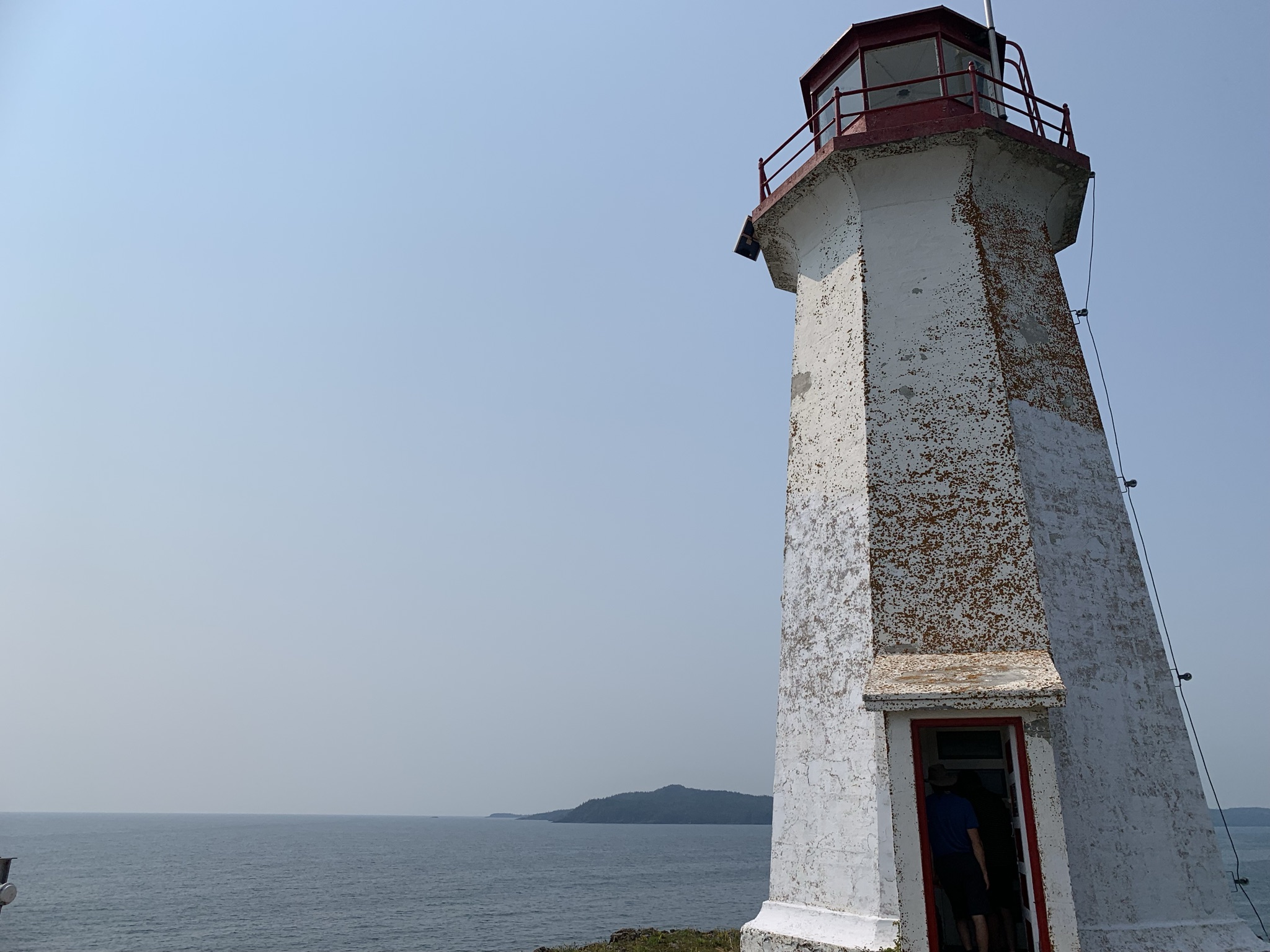 Battle Island Lighthouse is located 5.7 miles (9.3km) from the shore of Rossport in Ontario’s Superior Country. The lighthouse was placed for boats coming in from Lake Superior through Simpson Channel into Nipigon Bay. The existing lighthouse was built in 1911 to replace the lighthouse placed there in 1871. The lighthouse can be viewed by boat, charters or experienced kayak tours from Rossport. The grounds are open to the public though the tower is closed.