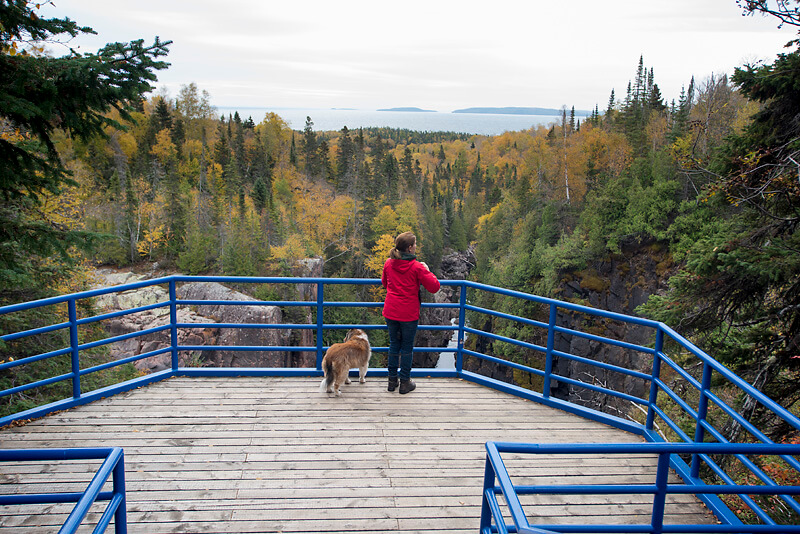 A Group of Seven Adventure

The Lake Superior coastline and surrounding landscape has a strong connection to the Group of Seven. Algoma and the North Shore of Lake Superior is the place where their story begins. As Canada’s most famous art collective, their works are known across Canada and around the world. From their first painting trips in 1918 to their first exhibition in 1920, to their explorations of the North Shore of Superior, there are opportunities to learn more about the Group of Seven and how they changed how we view art in Canada.

As you travel along the Lake Superior Circle Tour, there are opportunities to learn more about the Group of Seven. The Group of Seven Touring Route is the first and only signed route of its kind in the province of Ontario. Your journey begins at Nipigon, as we recommend you circle Lake Superior clockwise so that you’re always facing the Big Lake and it’s big landscapes. Be sure to download the Moments of Algoma app. This free app contains never before heard stories of the Group of Seven. 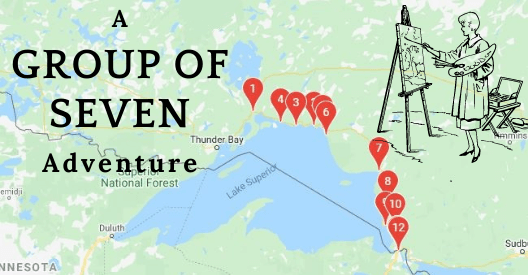 Add All to Trip

Our landscape wowed them, sheltered them, and healed them. The Group of Seven captured their moment; now it’s time to capture yours. Here are 14 easel panels that can be found from Nipigon to Sault Ste. Marie along the Lake Superior Circle Tour to learn more about the Group of Seven painters:

This first panel stop is located at the 360-degree viewscape at the Scenic Lookout Tower towering above the Nipigon River. Group of Seven painter Franz Johnson was a frequent visitor to Nipigon, first painting here in the 1930s. In fact, Johnson became quite a successful commercial painter! Listen to this story on the Moments of Algoma mobile app.

Connect to the History: Take the self-guided Historic Walking Tour around the town of Nipigon

In late 1921, Lawren Harris and A.Y. Jackson explored further north of Lake Superior, travelling by ACR to Franz where they transferred to the westbound CPR. Hopping off just west of Schreiber, they hiked the rails to Rossport, beginning a new chapter in Canadian art. View the interpretive panel at Wardrope Park and the start of the Rossport Coastal Trail.

Connect to the Canvas: Stop by the government dock for a view of Quarry Island near to where Harris painted “Rossport, Lake Superior” 1921

Port Coldwell, Port Munro, Jackfish and the Slate Islands captured the attention of the Group of Seven. This panel is located at the Terrace Bay Lighthouse, a 50-ft replica of the lighthouse on Slate Islands Provincial Park. Climb to the top and take in the breathtaking view of Lake Superior, and the enchanting Slate Islands!

Nearby: Visit the Lighthouse Gallery where local artisans showcase and sell artwork inspired by the local landscape

Lawren Harris first discovered the North Shore of Lake Superior for new inspiration in the fall of 1921. There are 2 panels located in this park: one at the Neys Visitor Centre, and one located at the top of the Pic Island Overlook Trail – one of Lawren Harris’ favourite sketching sites! Relax at the Tower Trail Gazebo which is the halfway point of the trail. “Pic Island” is now one of the most iconic Group of Seven paintings of the North Shore.

Connect to the Artist: Take a selfie at the top of the Overlook trail and present it to the Visitor Centre for a small souvenir

The Lawren Harris painting featured on this panel portrays Lake Superior’s changing moods. The artists were known to camp out along Superior’s shoreline. Between 1921 and 1928, members of the Group of Seven made painting trips to the Marathon area. Find this interpretive panel just outside the doors of the museum; here you can learn local stories and see photographs related to the Group of Seven.

The Group of Seven camped along the Lake Superior coast, following their belief that art should rise from the fabric of the land and come from the contact with nature. So much beauty is found in this wild and rugged park. Lawren Harris’ “Silent Land” painting is thought to be of Pukaskwa National Park.

In 1918, just as WWI was ending, Algoma became a place of inspiration for the artists who later formed the Group of Seven. In particular, A.Y. Jackson made return trips to Algoma well into the 1960s, even co-owning a cabin on Sandy Beach. Many residents of Wawa can recall him painting on the beach during those years.

Connect to the Artist: Book a guided hike to learn more about A.Y. Jackson’s summer retreat

One of the prettiest coves along Lake Superior! You will not be disappointed with a stop at Katherine Cove. It was this type of landscape that would have inspired the Group of Seven: mist, water, reflections, and exotic canoes to create images of a Canadian Shangri La. This makes for a great leg stretch stop, or a day at the beach with a picnic.

Connect to the Landscape: Learn what kinds of foods the artists may have packed during their camping trips on the Moments of Algoma app

Lake Superior and its coastal landscapes inspired the Group of Seven over 100 years ago. There are a lot of interesting facts about Superior: from being home to 78 different species of fish, to the fact that it rarely freezes over completely. You can learn about the “power of Lake Superior” through exhibits at the Agawa Bay Visitor Centre.

Connect to the Canvas: Borrow a painting kit from the visitor to create your own masterpiece along the shores of Lake Superior

The Group of Seven made 2 trips along the Algoma Central Railway in the hills behind Pancake Bay Provincial Park. Why Pancake Bay? This would have been the last campsite voyageurs would make before reaching Sault Ste. Marie during the fur trade. Because they only had flour left, they would make pancakes over a fire along the shores.

Connect to the Landscape: Hike the Pancake Bay Nature Trail, or The Lookout Trail that leads to spectacular views of Lake Superior across to Whitefish Point – the “graveyard of the Great Lakes”

This is the halfway point of Trans Canada Hwy 17. Visit this waterfall along the Lake Superior Circle Tour where painter A.Y. Jackson sketched the rapids which became “Streambed, Lake Superior Country”. Chippewa Falls can be seen from the viewing bridge near the parking lot. To hike alongside the waterfall, please proceed with caution as trails can be challenging beside this fast moving water.

Nearby: Stop at Batchawana Bay for a famous apple fritter from Voyageurs’ Lodge and Cookhouse

Taking the Algoma Central Railway passenger rail service into the wilds of Algoma, members of the Group of Seven used a converted boxcar as a mobile studio and residence. A replica of boxcar #10557 was created for the 2014 film Painted Land: In Search of the Group of Seven. Located at the Machine Shop, take time to visit this set piece that closely resembles its description by painter J.E.H. MacDonald.

Nearby: Pop into the Machine Shop for lunch, dinner, grab a coffee, or an ice cream cone

Situated on the city’s waterfront, the Art Gallery of Algoma is home to a diverse permanent collection of artwork – including original pieces by members of the Group of Seven. Find an interpretive panel in the Elsie Savoie Sculpture Park near the boardwalk. Open your Moments of Algoma app to learn how cameras were used to assist landscape artists in their field studies.

Connect to the Canvas: Shop for Group of Seven related books, and gifts at the gallery’s gift shop which also features artwork, pottery, jewelry, and artisan pieces created by talented local artists

Members of the Group of Seven first painted along the Algoma Central Railway line in the spring and fall of 1918. As this was long before the development of modern highways, the Group took the passenger rail service from Allandale Station heading north to Sault Ste. Marie. To commemorate the Group’s early train years into the Agawa Canyon, view the interpretive panel at the new Tour Train Station located at Mill Square on the city’s waterfront.

Connect to the Canvas: the panel features one of the most famous landscapes ever produced in Canada, J.E.H. MacDonald’s famous landscape paintings “The Solemn Land”, which was sketched at Mile 93

Even if you’re not a cultural explorer, this is a fun activity to do along the Lake Superior Circle Tour. Interested in learning more about the Group of Seven? Visit the momentsofalgoma.ca website for Group of Seven experiences to immerse yourself in cultural, or culinary adventure packages.

Add All to Trip 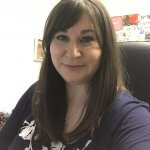 I’m a staff writer for Algoma Country and I hope my articles entice you to plan your next vacation in Algoma. Our beautiful area has everything you need for a true outdoor adventure: fishing and hunting, epic touring routes and breathtaking outdoors.