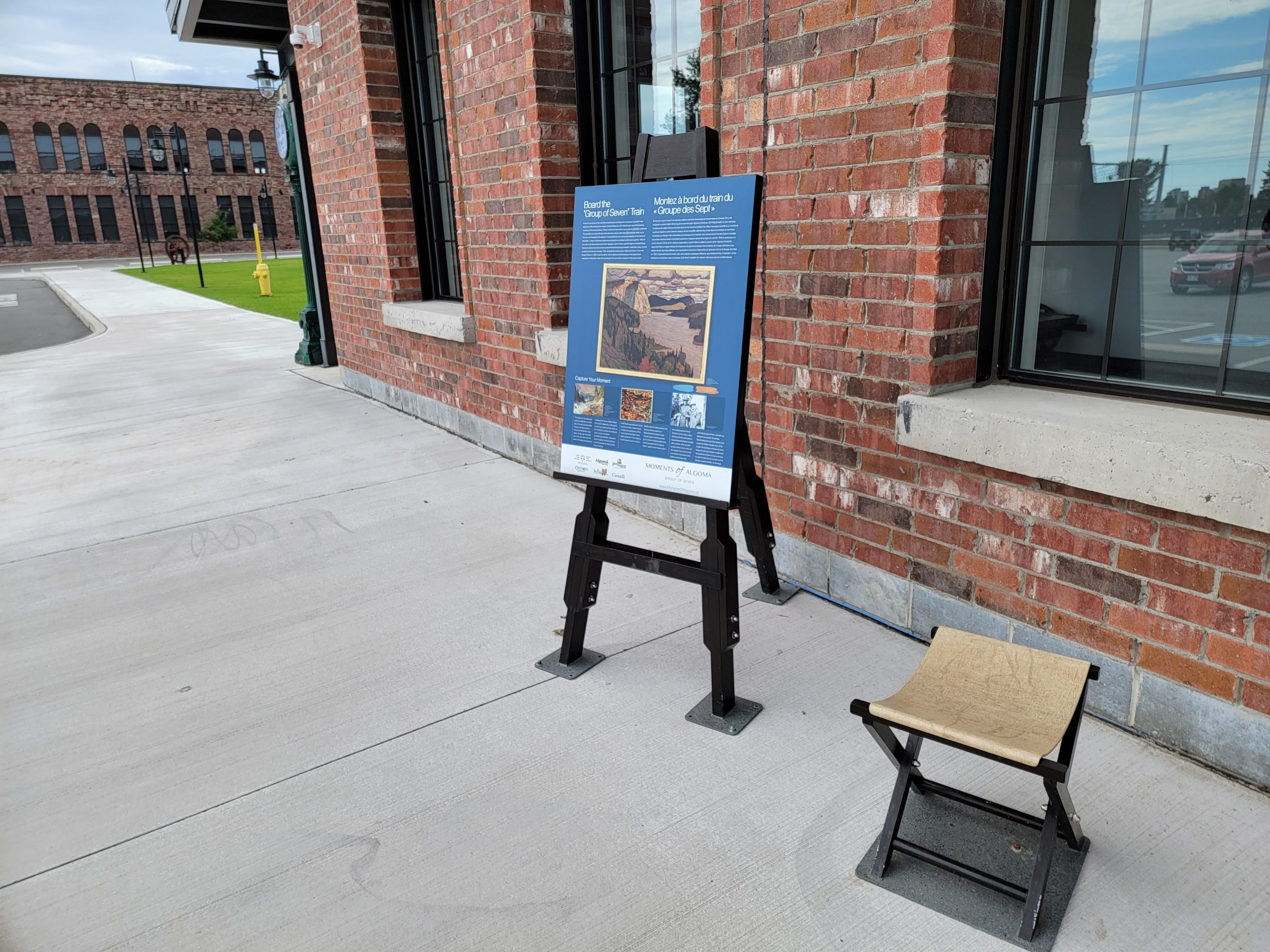 The Tour Train Station Group of Seven Interpretive panel is located in Sault Ste. Marie in Ontario’s Algoma Country. Members of the Group of Seven first painted along the Algoma Central Railway line in the spring and fall of 1918. As this was long before the development of modern highways, the Group took the passenger rail service from Allandale Station heading north to Sault Ste. Marie. To commemorate the Group’s early train years into the Agawa Canyon, view the interpretive panel at the new Tour Train Station located at Mill Square on the city’s waterfront.

The Group of Seven was a group of Canadian Landscape painters from 1920 to 1933. They believed that distinct art could be developed through direct contact with the incredible nature of the Canadian landscape and initiated the first major Canadian national art movement.