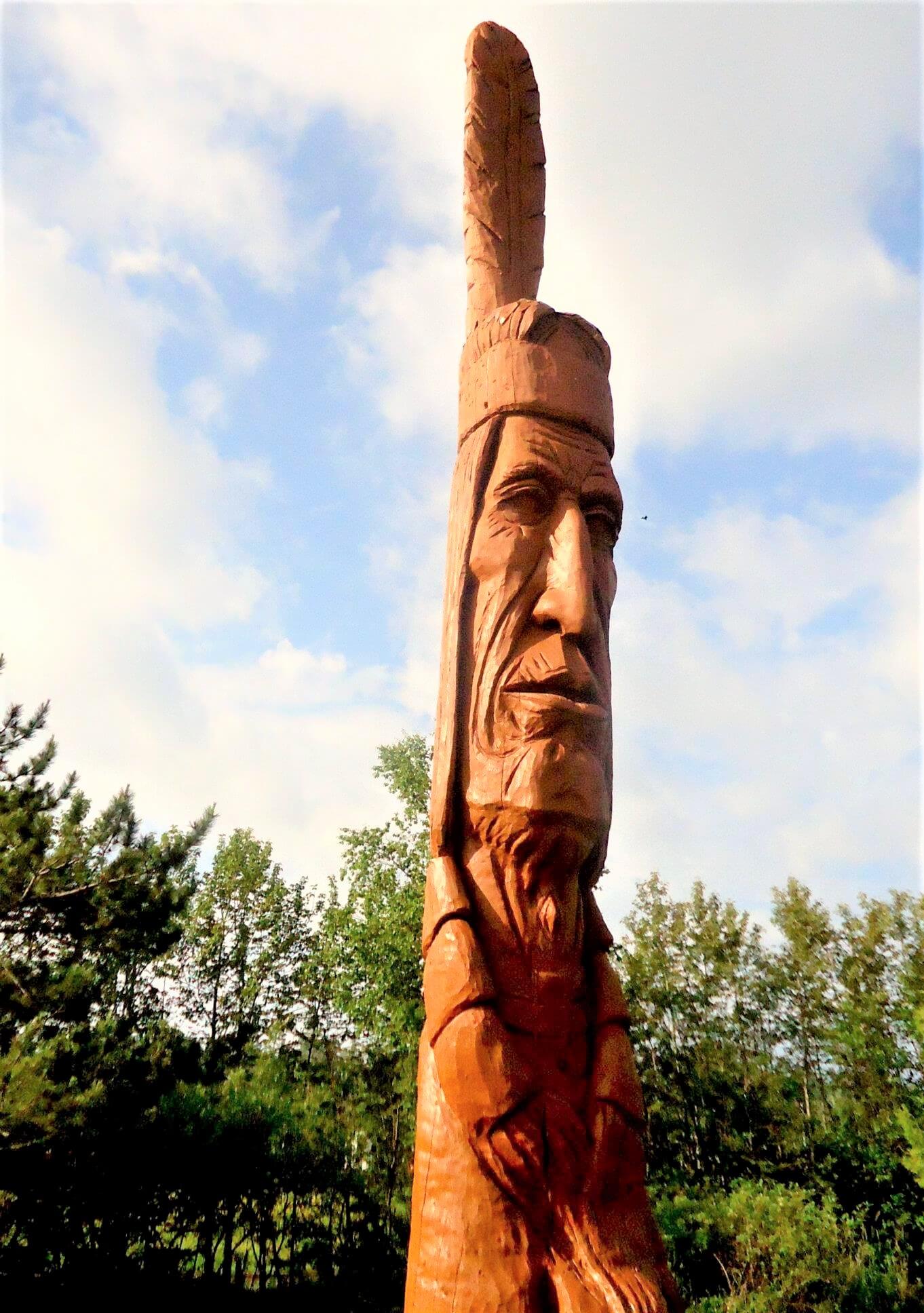 The Native American by Peter Toth is located at the grounds of the R.J. Houle Visitor Center in Two Harbors in Minnesota’s Lake County. It was carved in 1977 by Peter Toth as part of his Whispering Giants theme where he carved one for every state. This is one of two in the series that can be seen on the Lake Superior Circle Tour. The other can be found in Wakefield Michigan and dubbed Nee-Gaw-Nee-Gaw-Bow.

There is a sign in front of the statue that reads, “ This sculpture is a creation of Artist Peter Toth and is his gift to the people of Minnesota. It is one of Fifty such monuments which he plans to erect. One in each state of the union. The artist is motivated by his great devotion to the American Indian and his hope that his work will draw attention to the problems confronting descendants of the “original Americans”. Lake County and the City of Two Harbors are grateful and proud that the artist selected that site for his monument in Minnesota.