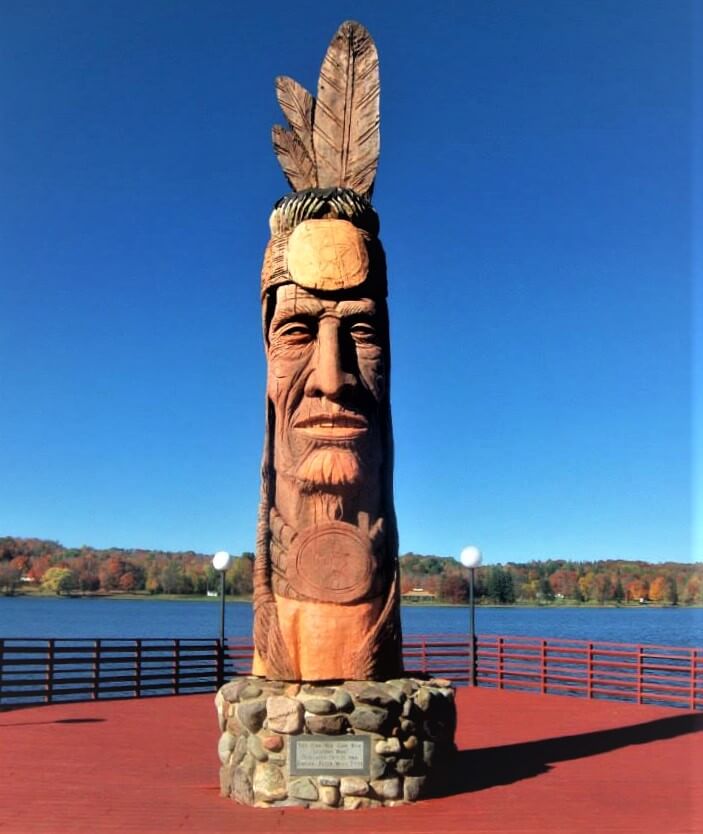 Nee-Gaw-Nee-Gaw-Bow is located in Wakefield in Michigan’s Gogebic County. It is a Chippewa Indian head carved from a single piece of pine by Peter Toth in 1988. Nee-Gaw-Nee-Gaw-Bow translates to “Leading Man” in Chippewa. It is one of 74 sculptures in Peter Toth’s “Trail of the Whispering Giants” collection where there is at least one in each state. This is one of two from the collection that can be seen on the Lake Superior Circle Tour. The other carving is found in Two Harbors Minnesota.