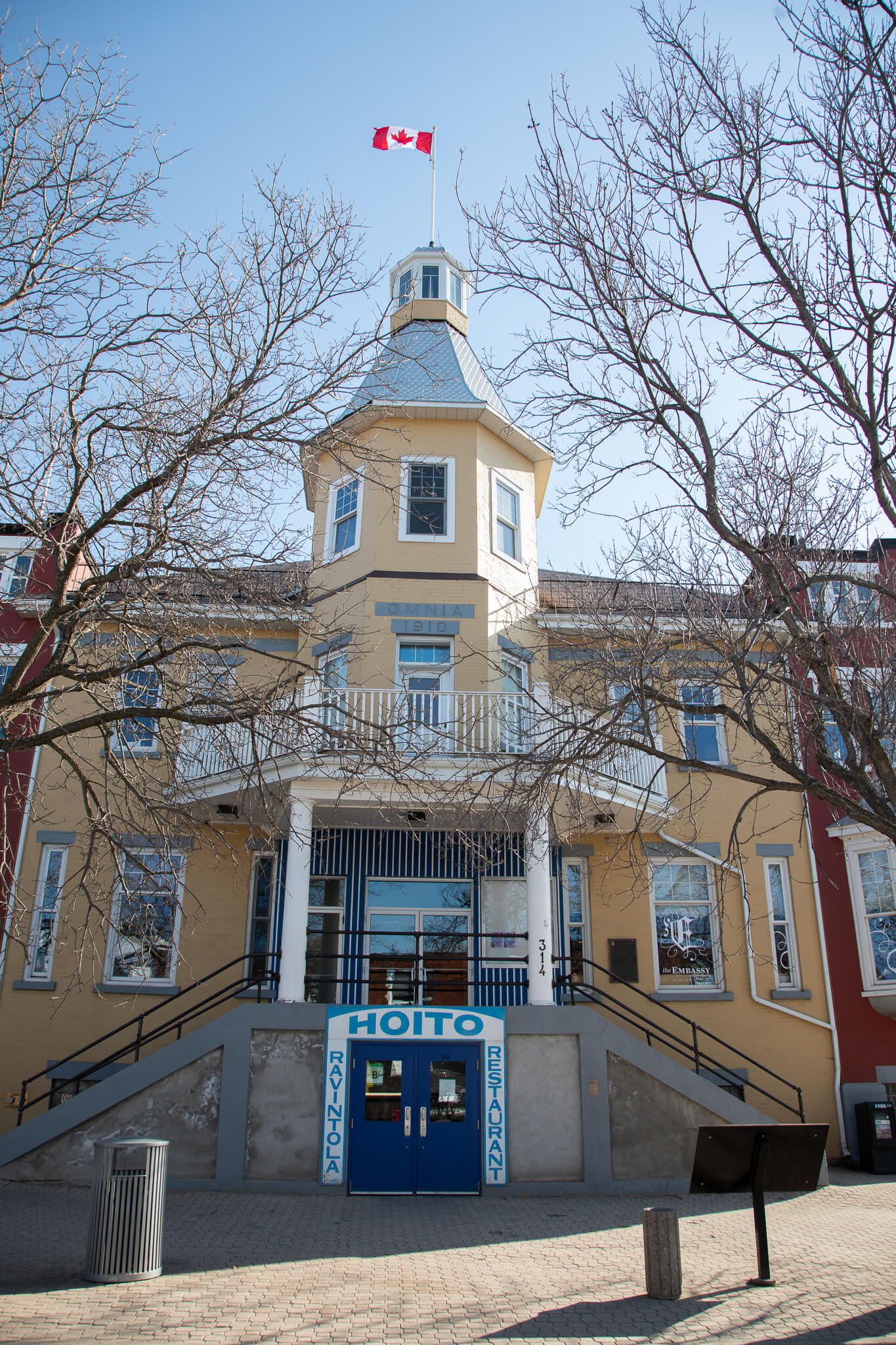 The Finnish Labour Temple is located in Thunder Bay in Ontario’s Superior Country. Built in 1910 the building was designed to serve the needs of the Finnish community in the former city of Port Arthur (now Thunder Bay). The Finnish Labour Temple offered offices, a library, reading room, and auditorium. It was the location of the initial meeting of the Social Democratic Party which is now the New Democratic Party. It was also home to an Industrial Workers of the World headquarters and served as a connection for the working class for a long period of time. The group established and operated the Hoito Restaurant as well as other Co-operative businesses. The Hoito is still in operation to this day and has been a local staple famous for their Finn pancakes for over a century. The Finnish Labour Temple was designated a National Historic Site of Canada in 2011.