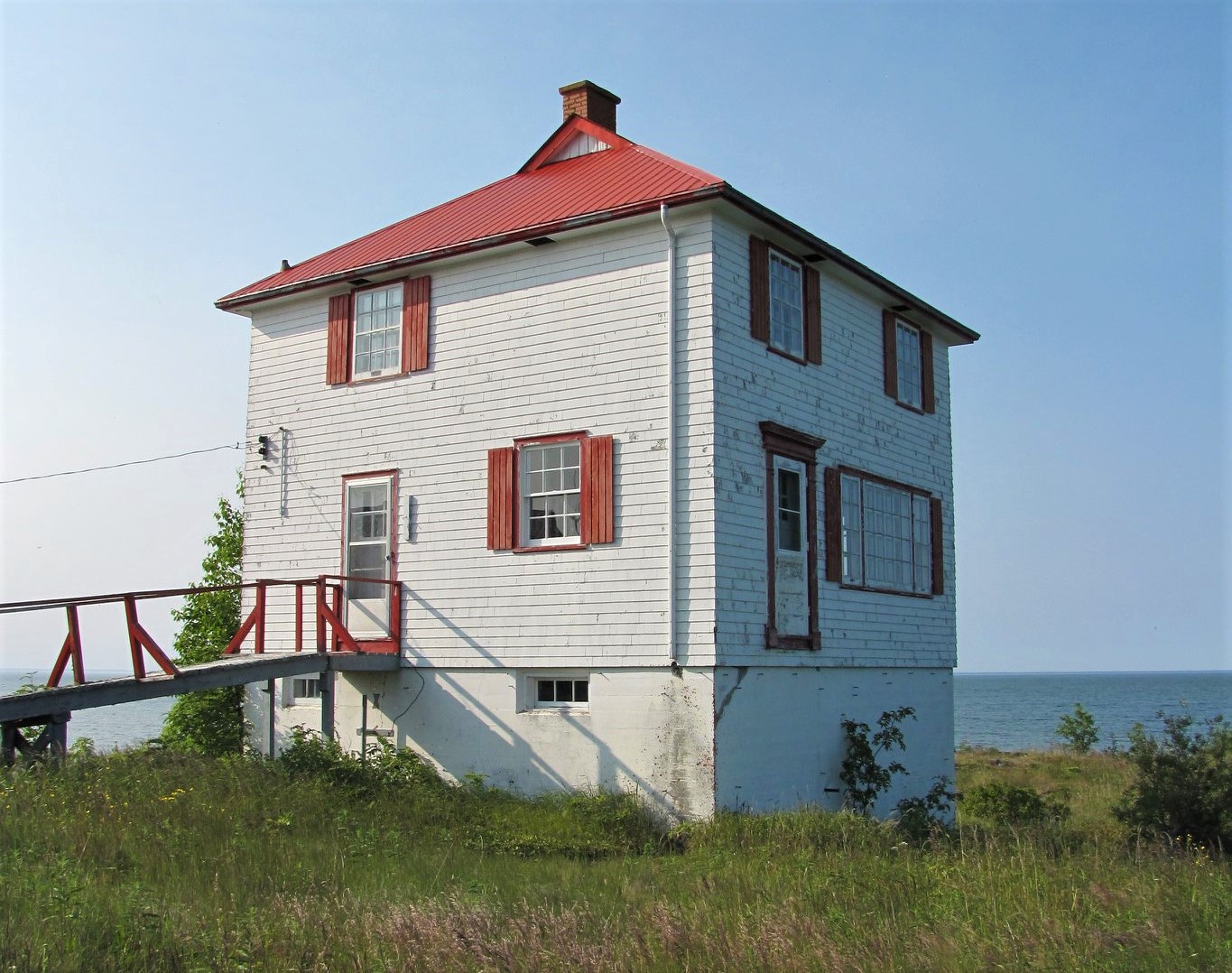 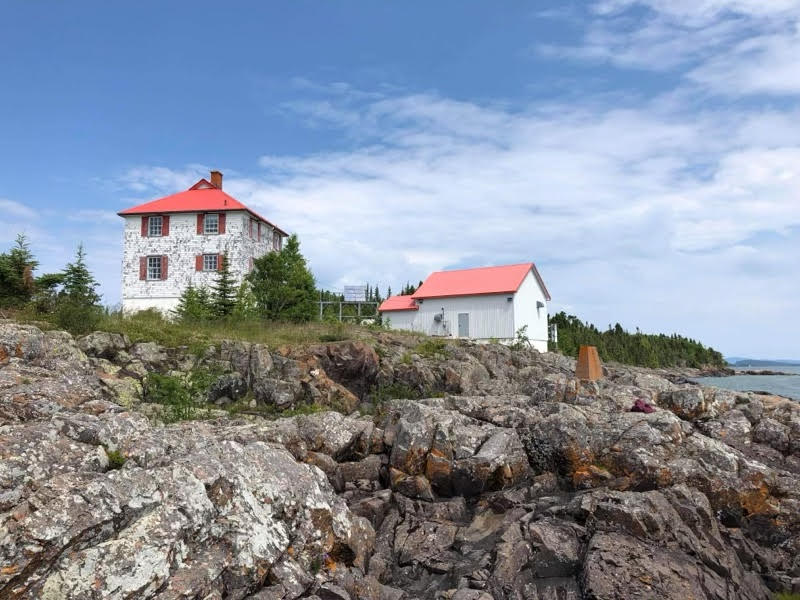 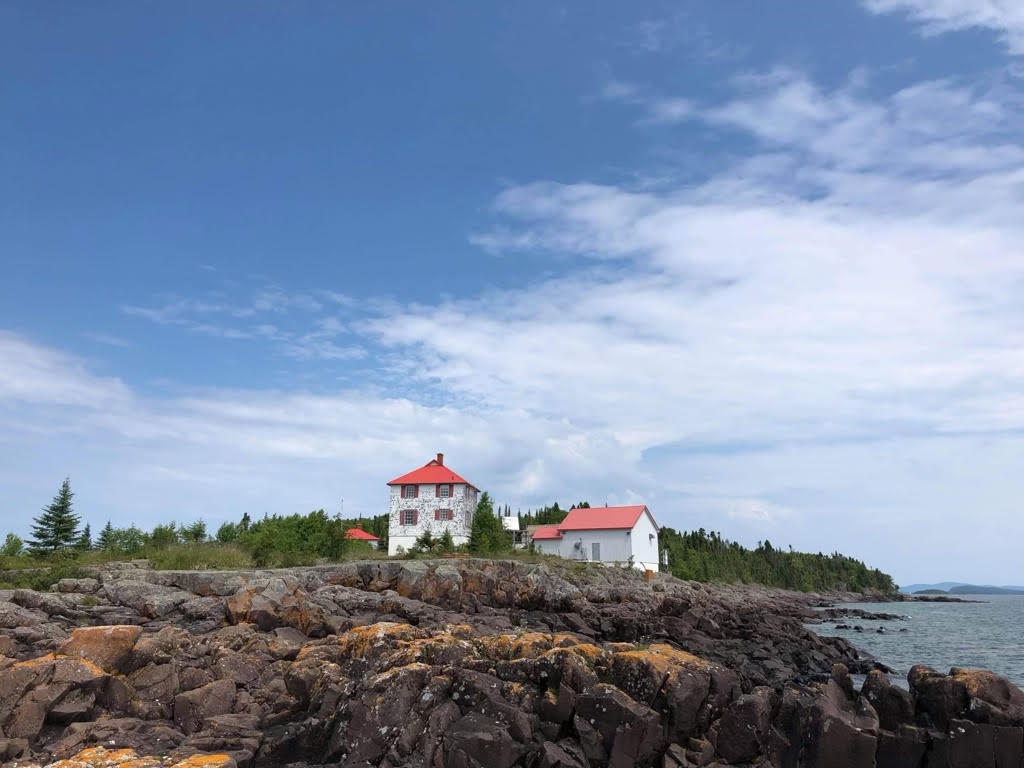 Lamb Island Lighthouse is located in Ontario’s Superior Country at the south end of the Nipigon Straits 56 miles (90 km) east of Thunder Bay. A light tower was originally placed on Lamb Island in 1877 later to be replaced in 1961 with a 45 foot (13.6 meters) square, skeletal light tower. There are seven out buildings on the island that include; Lightkeeper’s Dwelling, Assistant Lightkeeper’s Dwelling, Generator Building, Pump House, Fog Plant, Boathouse, and Survival Building.

In 2015, Lamb Island Lighthouse was designated a heritage lighthouse under the Heritage Lighthouse Protection Act by the Minister of the Environment and Minister responsible for Parks Canada.