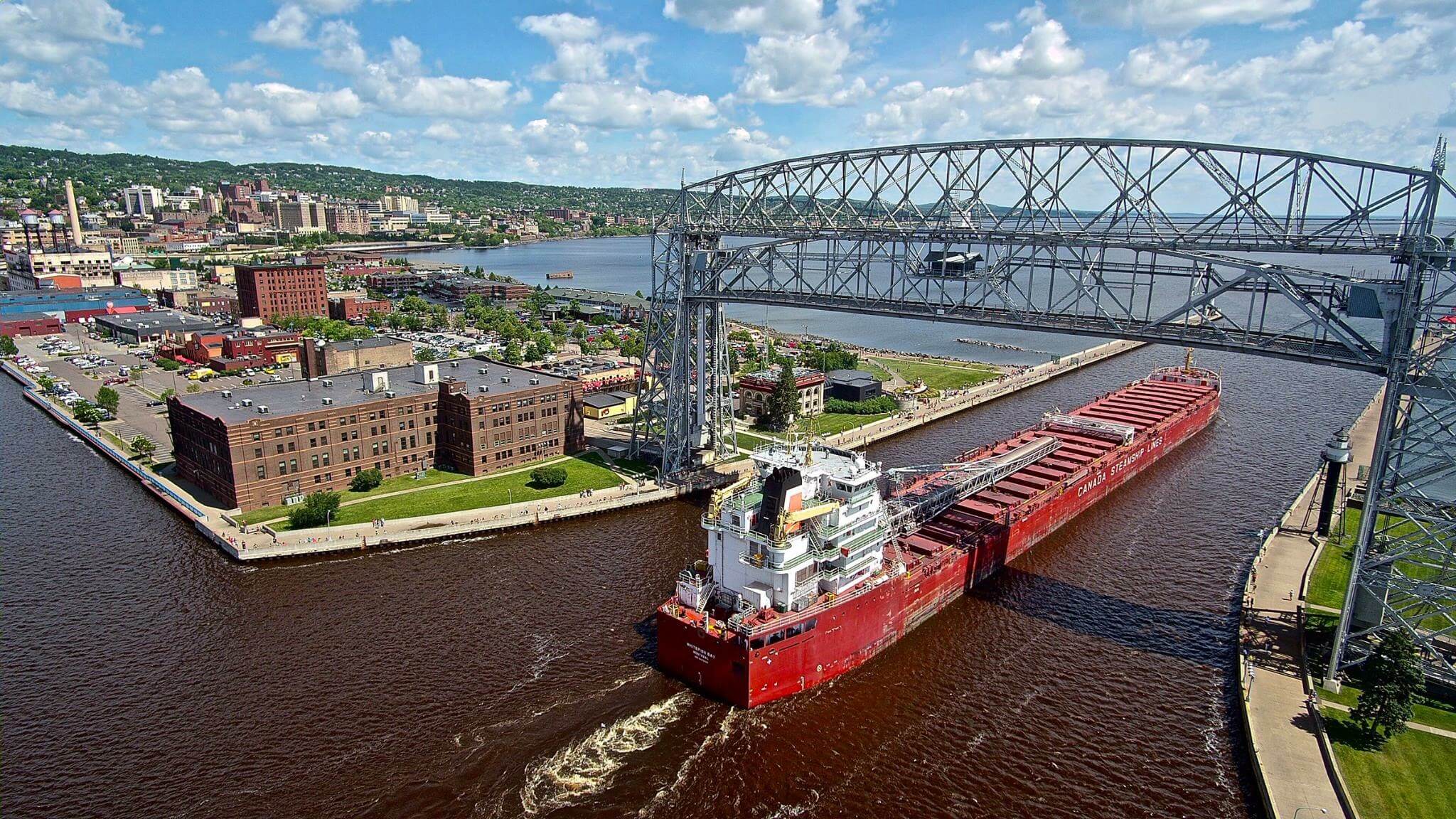 The Aerial Lift Bridge spans 501.9 feet (153m) crossing over the Duluth Ship Canal to Lake Superior in Minnesota’s St. Louis County, Duluth. The bridge was built to allow access to Minnesota Point aka Park Point from when a gap was created to establish the Duluth Ship Canal from the St. Louis River out to Lake Superior. This bridge was originally built in 1905 then converted into a vertical lift bridge in 1929 to allow for tall ships to pass underneath. The bridge can be lifted to allow for 135 feet (41m) of clearance for water traffic. Watching this bridge raise for large sea vessels as they leave the canal to Lake Superior past the lighthouses is quite an experience. It is the most photographed bridge on the Circle Tour. There is a sidewalk where you can walk on the bridge though no one is allowed on the bridge while it’s being lifted. You can enjoy this bridge anytime with live footage and see the boat schedules on duluthharborcam.com