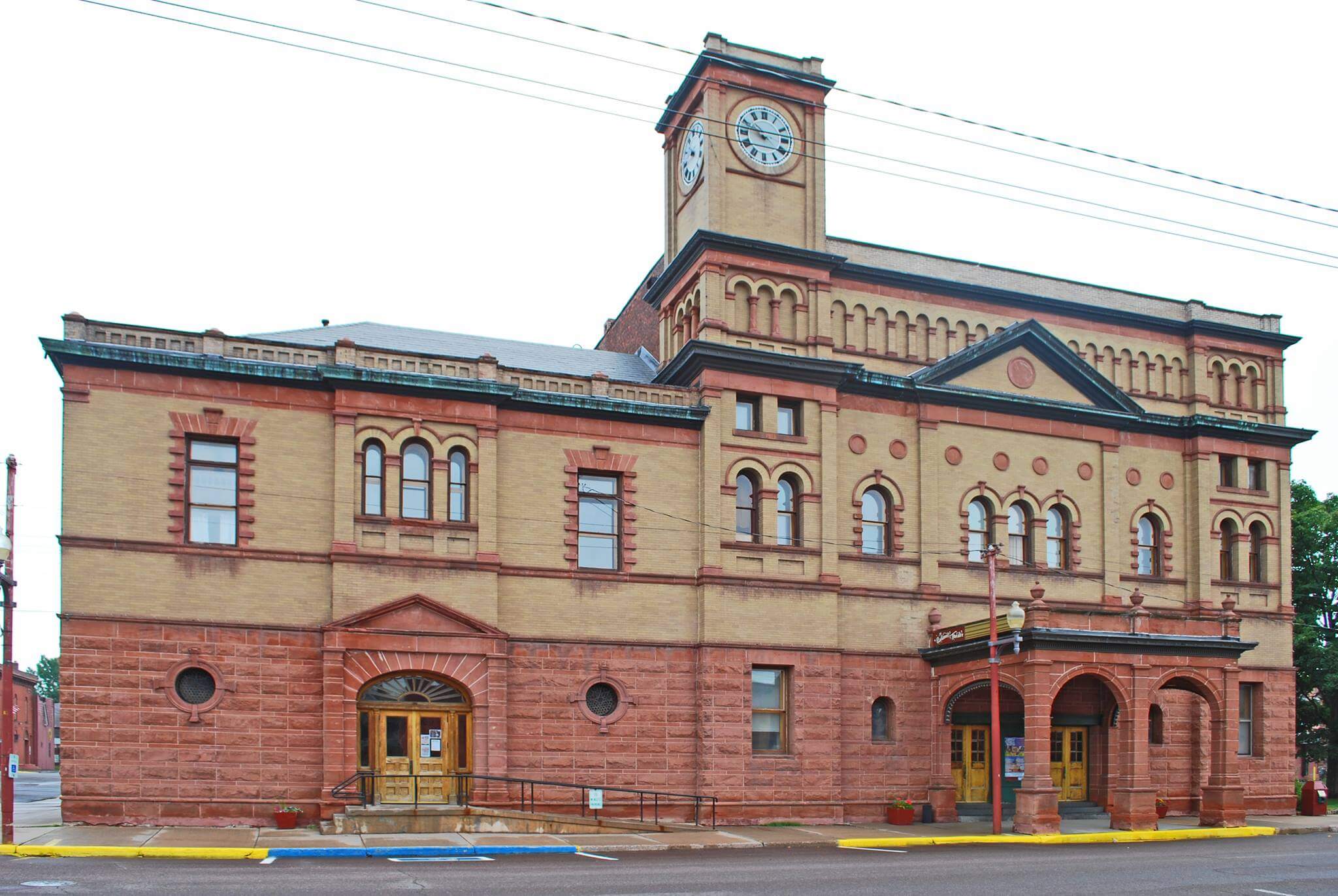 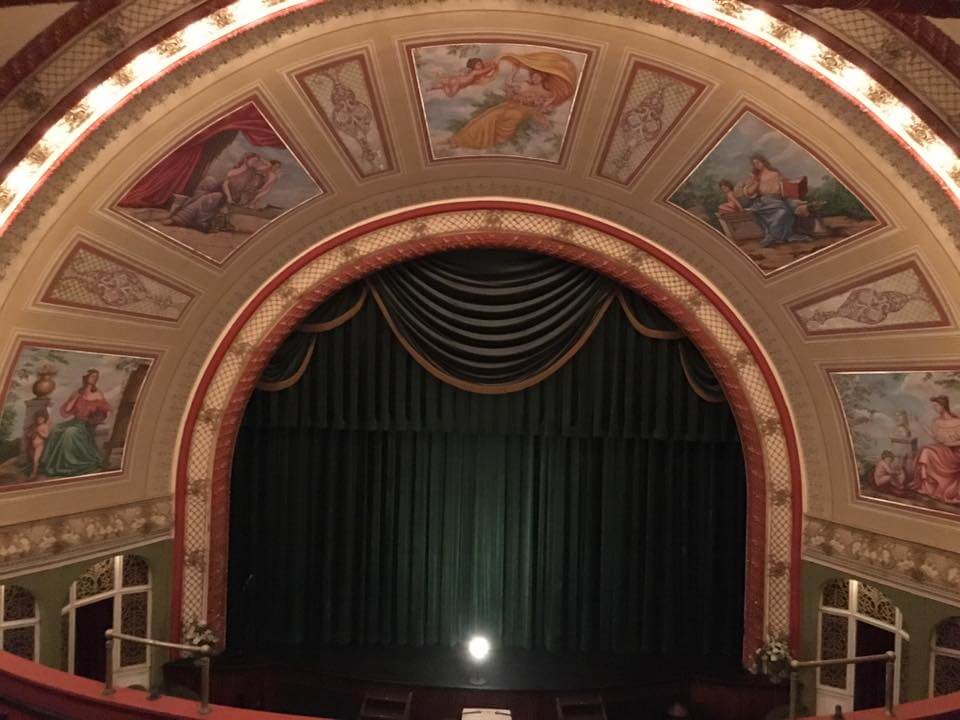 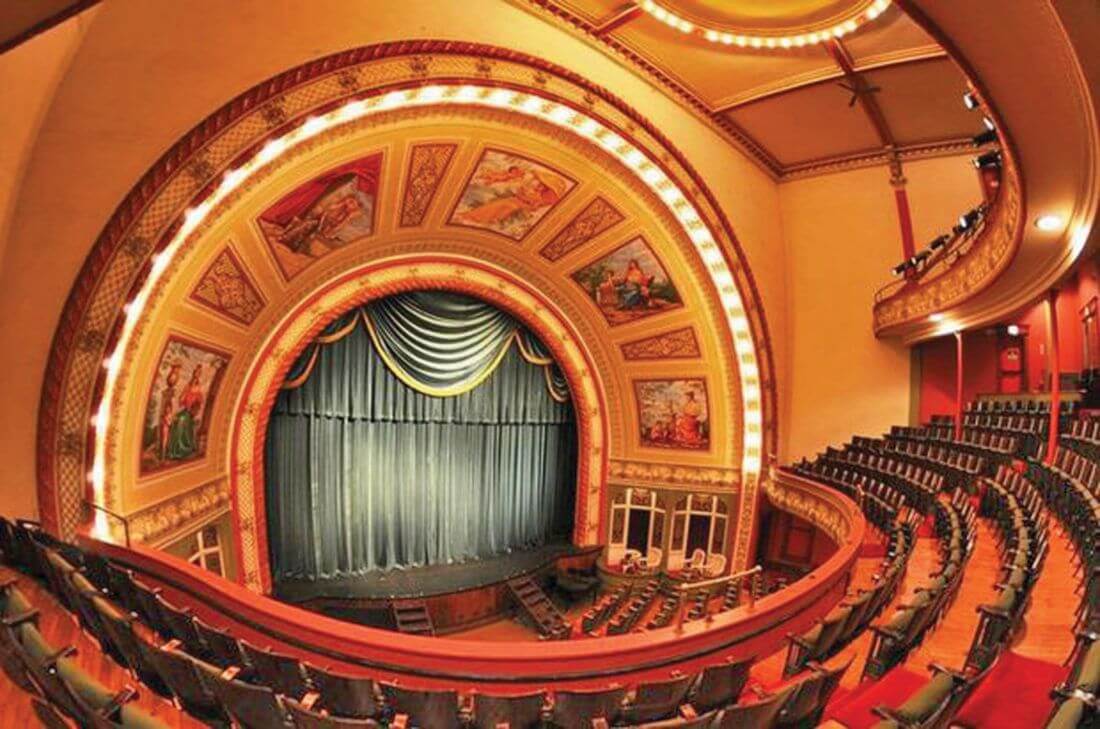 The Calumet Theatre is located in Calumet in Michigan’s Houghton County. The theatre hosts around 65 events a year seeing nearly 18,000 audience members in attendance. Self guided tours of this historic theatre are available during box office hours and guided tours are available through appointment. The theatre was built in 1900 and is part of the Keweenaw National Historical Park. It was added to the National Register of Historic Places and designated a Michigan State Historic Site in 1971.

The Theatre’s mission statement reads, “The Calumet Theatre Company is committed to offering a quality entertainment experience that provides diverse cultural and artistic opportunities while preserving the historic character of the Theatre.” The Historic Site Plaque here reads; “ One of the first municipal theaters in America, the Calumet opened on March 20, 1900, “the greatest social event ever know in copperdom’s metropolis.” The theater contained a magnificent stage and elegant interior decorations, including and electrified copper chandelier. For over a decade, Copper Country audiences witnessed the broad panorama of American legitimate theater, and many prominent stage personalities, both American and European, stomp the boards of the Calumet. By the 1920s, motion pictures replaced live theater, and subsequently, live drama returned to the Calumet. The reopened community theater resumed its position as a focal point of civic pride for the people of Calumet and the Copper Country.”