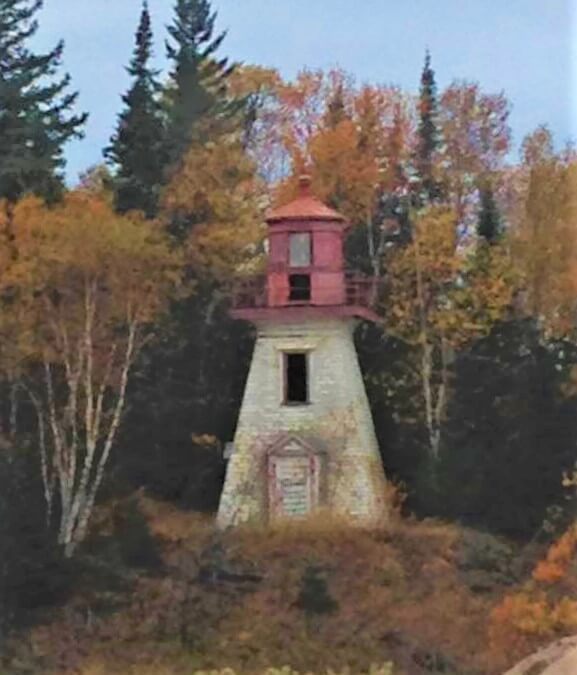 Coppermine Point Lighthouse is located near Batchawana Bay in Ontario’s Algoma Country. Built in 1910, it originally was placed at the entrance to Pancake and Batchawana Bay. In 1960 is was deactivated, sold and moved next to highway 17 in Hibbard Bay to become a interesting feature for a restaurant. The restaurant is no longer there though the lighthouse is still standing. The tower is closed to the public but it can be viewed from outside.