A couple of years ago, my partner and I stayed at Superior Views in Rossport, Ontario for an anniversary weekend getaway. The most memorable experience of the trip was the incredible night sky. Rossport is a small Northern Ontario village on the shores of Lake Superior that is almost completely devoid of light pollution. I had never in my life witnessed a sky so chalk full of stars! We marveled in awe, standing with heads tilted upward while wrapped in a single blanket. All we could articulate was an occasional whispered “wow” to each other. Since then, we’ve had a few “sky dates”. Meteor showers, searching for the aurora borealis, sunsets, but nothing has measured up to that one night in Rossport. 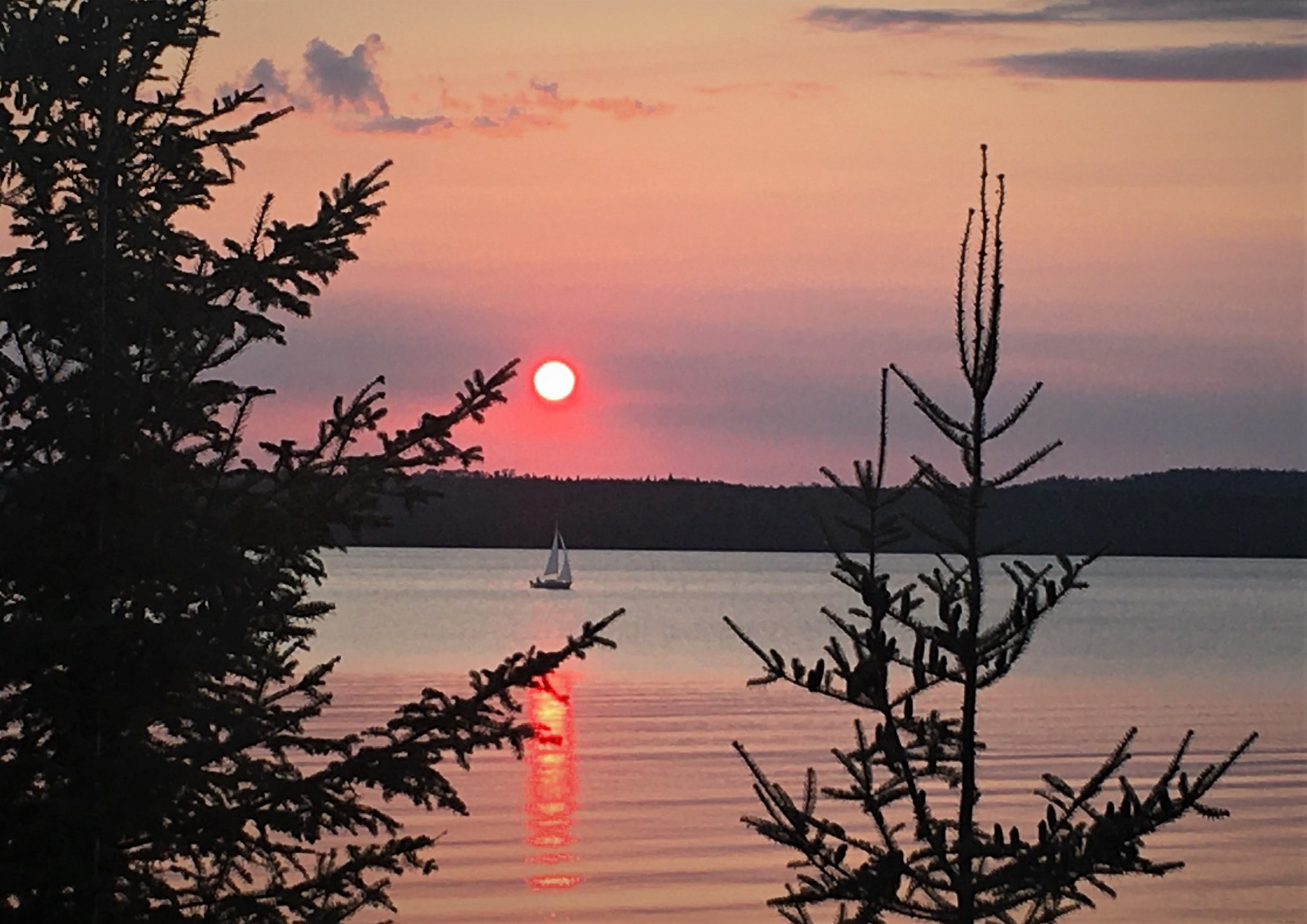 So, when my sister asked me to join her, her kids, and our mom to stay at Nestled in Nature B&B in Rossport during the Perseid meteor shower, I jumped at the chance. She planned the trip at the most ideal time. It was predicted that the 2021 Perseid meteor shower would produce the most meteors in the predawn hours of August 11, 12, and 13. 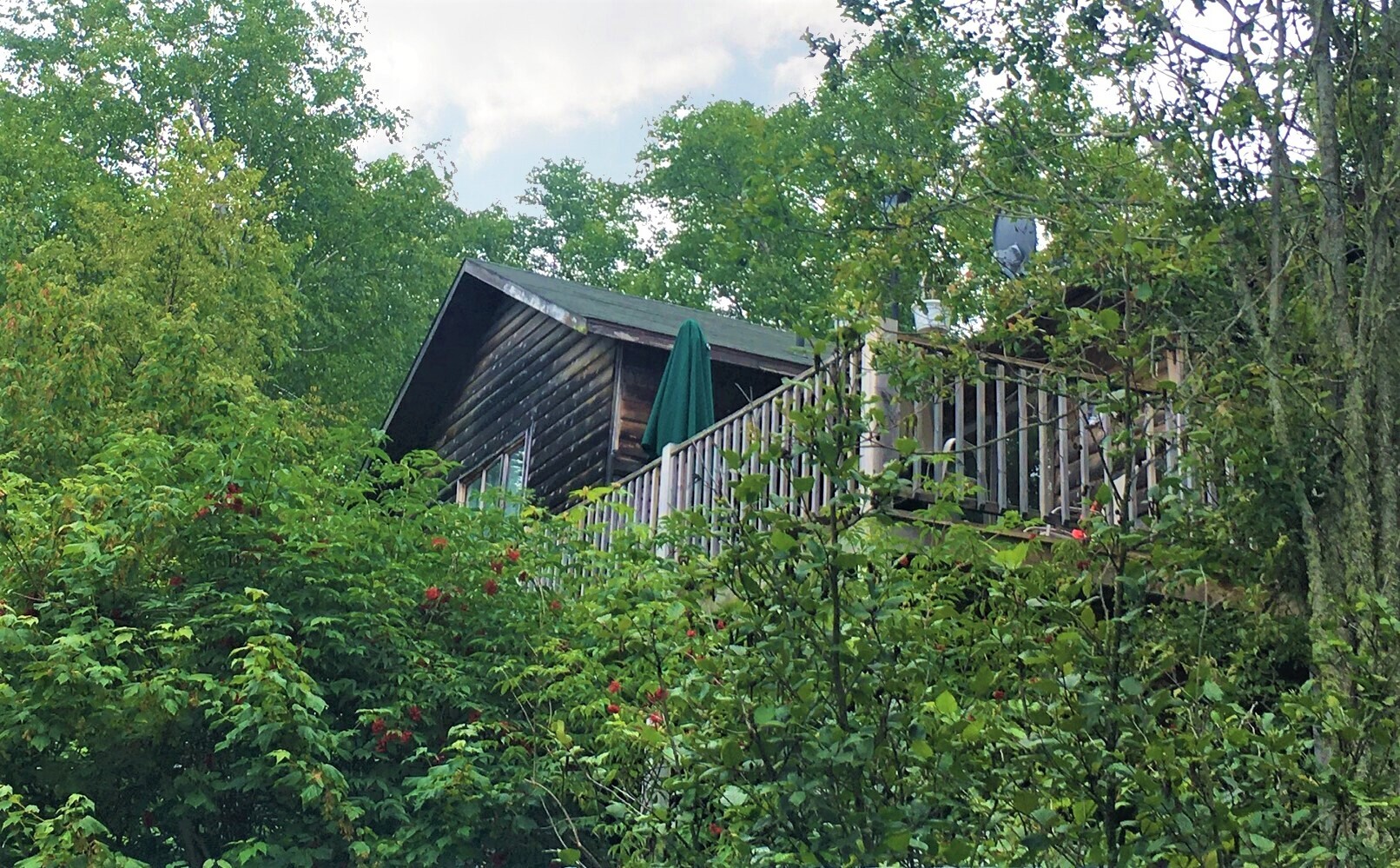 Nestled in Nature B&B is at the first left once you cross the bridge to Nicol Island. As we pulled in, I immediately found that the place was quite aptly named. It was on a hill above and among the treetops. Raspberry bushes lined the driveway and chipmunks chased each other around the shrubbery. Below the B&B was a beautiful beach with a communal firepit which would have offered an ideal sunset atmosphere around a crackling fire if not for the fire ban at the time. 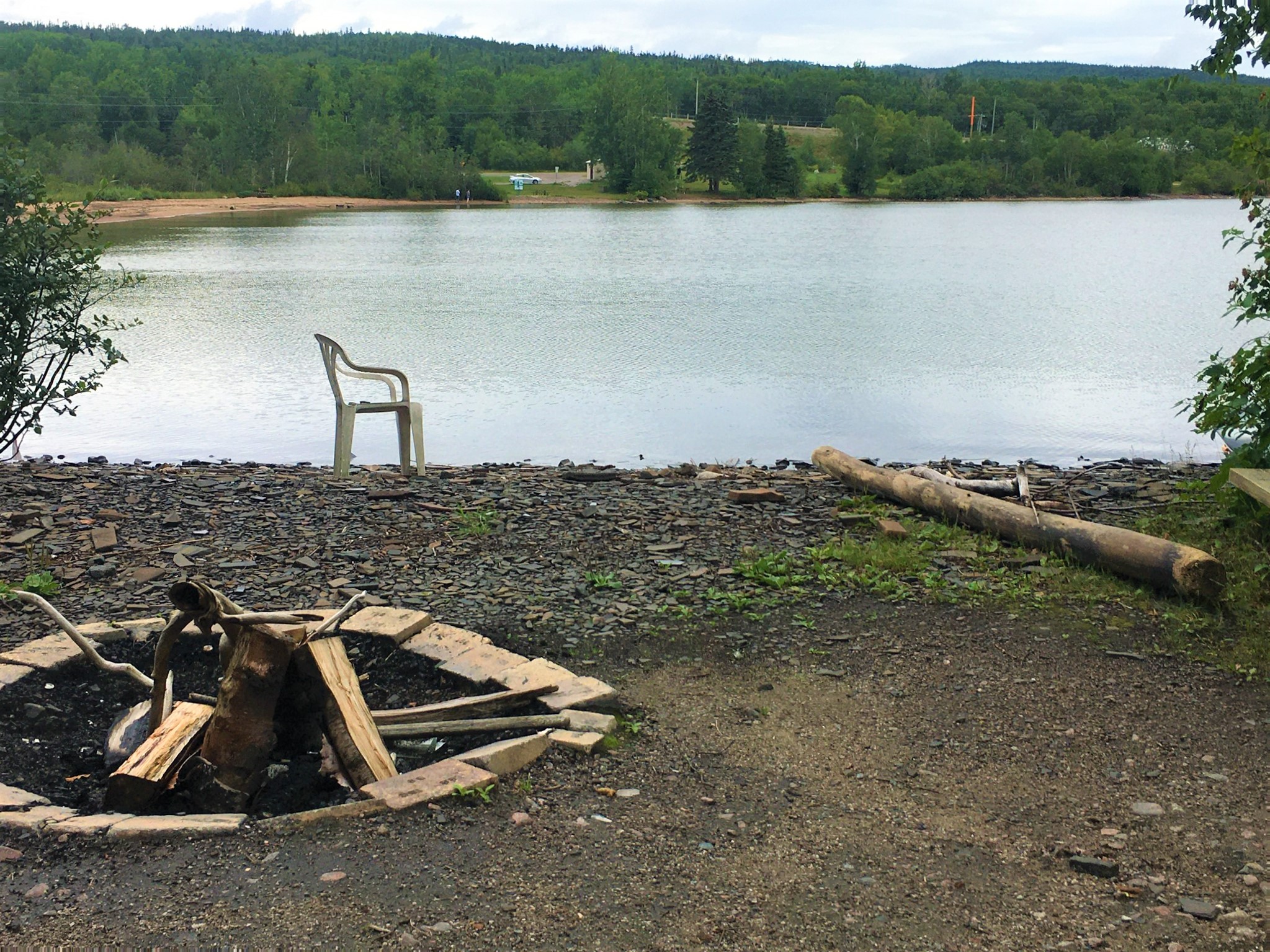 The overcast clouds started to make me nervous that we might not get to see the meteor shower, and after checking forecasts for the area I grew more optimistic. After a delicious dinner my sister whipped up, a couple glasses of wine, and some catching up, our host Claire started up the sauna. It was the perfect beginning to what would end up being an incredible night.

The sweet smell of cedar emanated in the air as the sauna reached a comfortable yet steamy temperature and I felt all stress melt away. Upon exiting the sauna, the cool evening air felt so refreshing, it invigorated me for hours of sky viewing. We settled in on deck chairs and it didn’t take long before we spotted our first meteor shooting across the sky. I set my camera with tips I received from this article about how to photograph the Northern Lights (Thanks Colin). We really lucked out and the sky was completely clear. We witnessed many meteors throughout the few hours, I wish I would have kept track just how many. It truly was an incredible experience and one that we all agreed to return to do again next year. 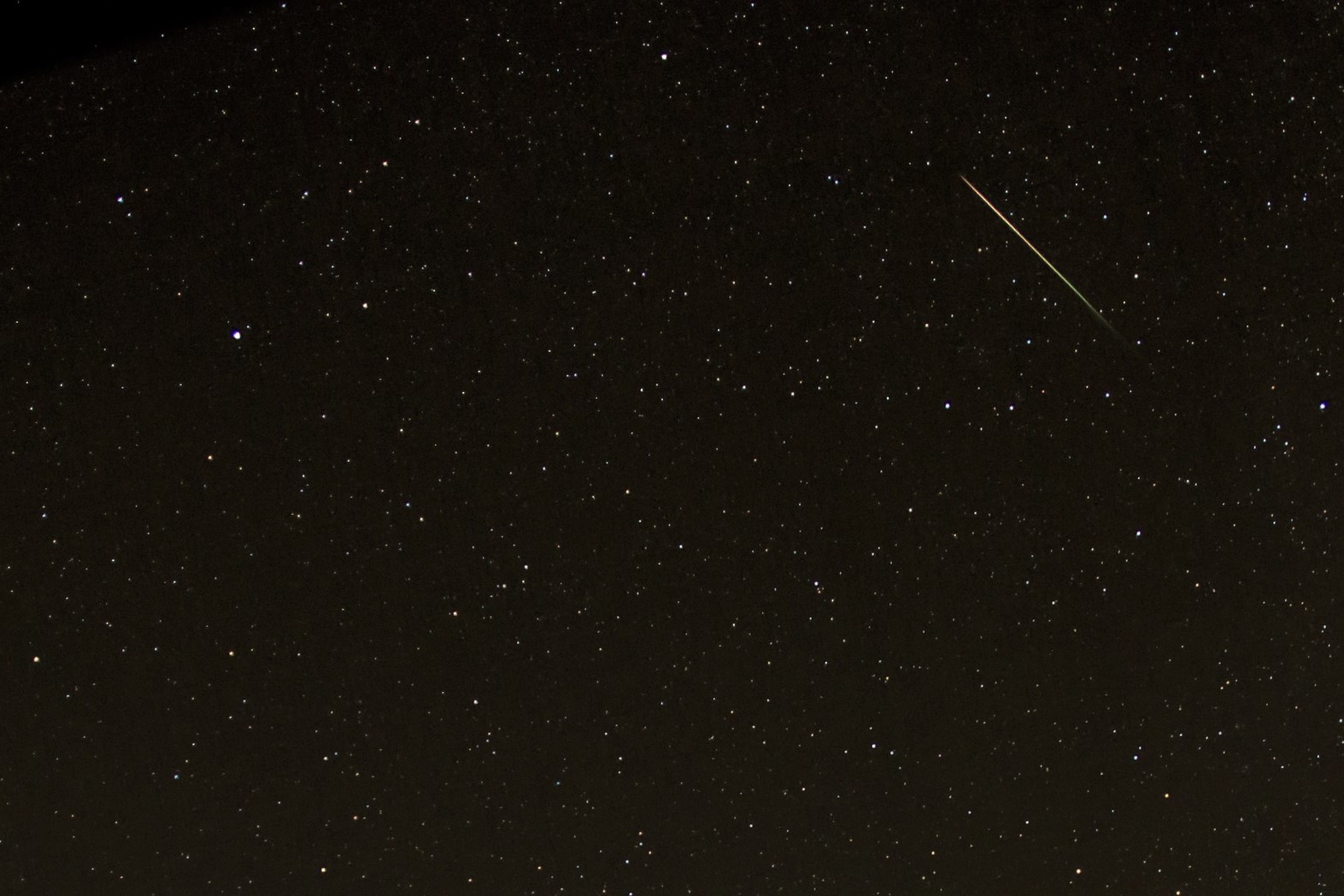 We couldn’t leave Rossport without first visiting the iconic Island Pottery. It has long been a must-stop for visitors to Rossport to peruse the clay works of Tim Alexander. Intricate vessels in earthy tones each handmade and unique. It was impossible to leave there empty handed. I ended up bringing home a beautiful brown and bronzy plant pot decorated with subtle dark leaves and a earthy blue butter keeper. I’ve had my eye on a butter bell for a while but this far exceeded anything I would ever get on Amazon. I know I will cherish these items forever and they will always remind me of my first Perseid meteor shower. 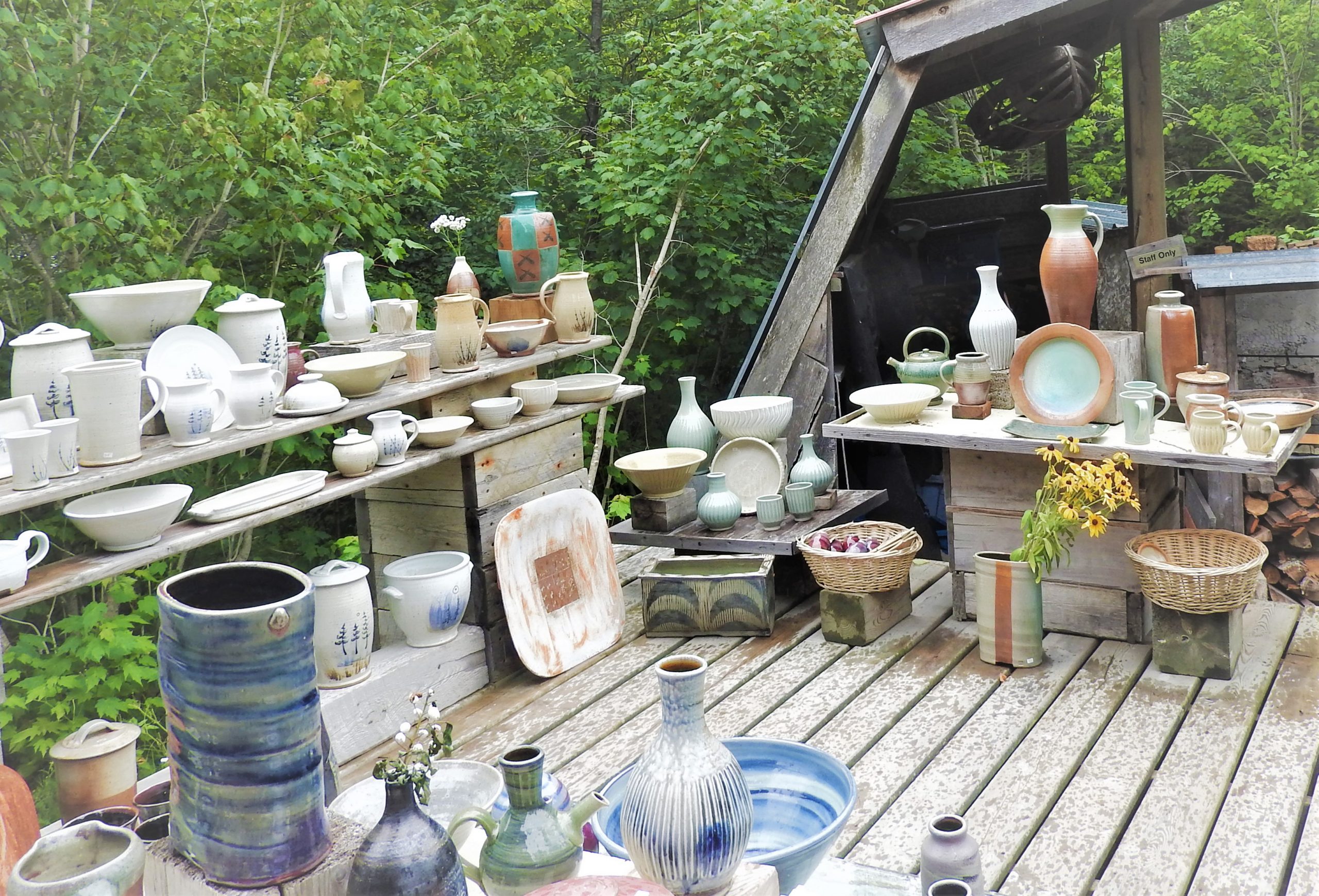 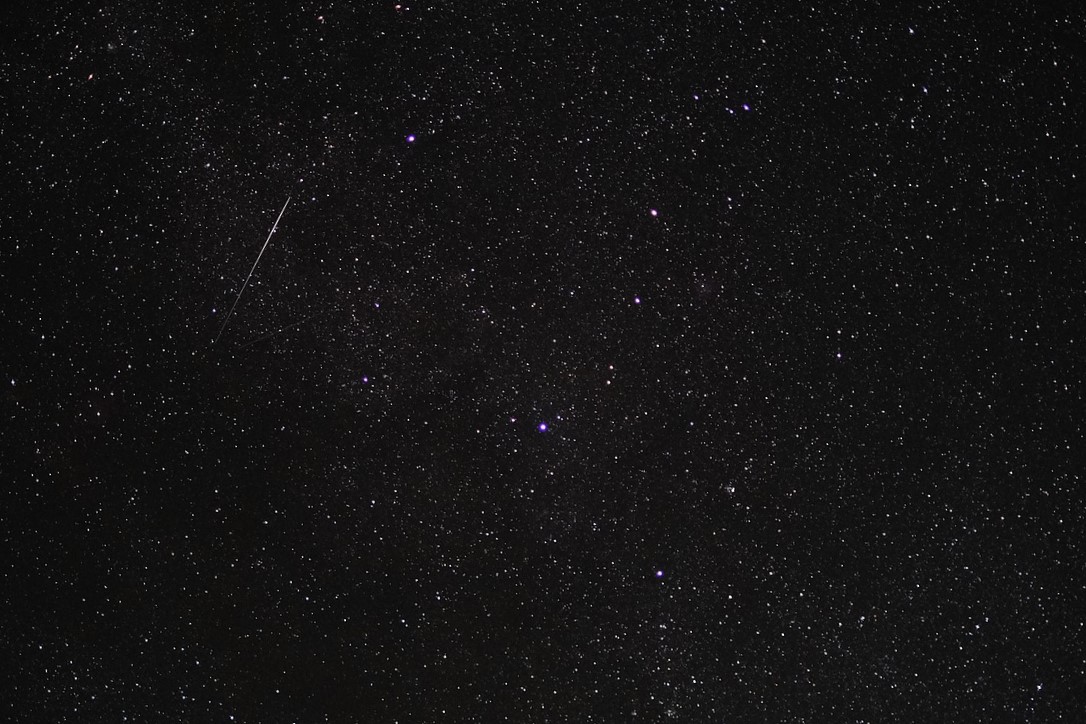 If you’re interested in planning a trip around the Perseids meteor shower yourself, the next peak will be the evenings of August 11-12, 2022. For some great sky viewing places around Lake Superior, you can go to the Trip Planner Map and use the “Star Gazing” filter under Activities for some designated dark sky locations, places low on the Bortle scale, observatories, and planetariums. You can also visit websites with light pollution maps like this one to help you scout out some ideal spots that will offer a greater chance of a spectacular meteor light show. 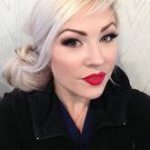