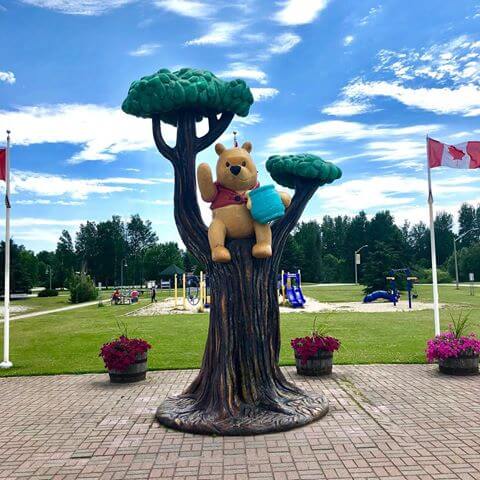 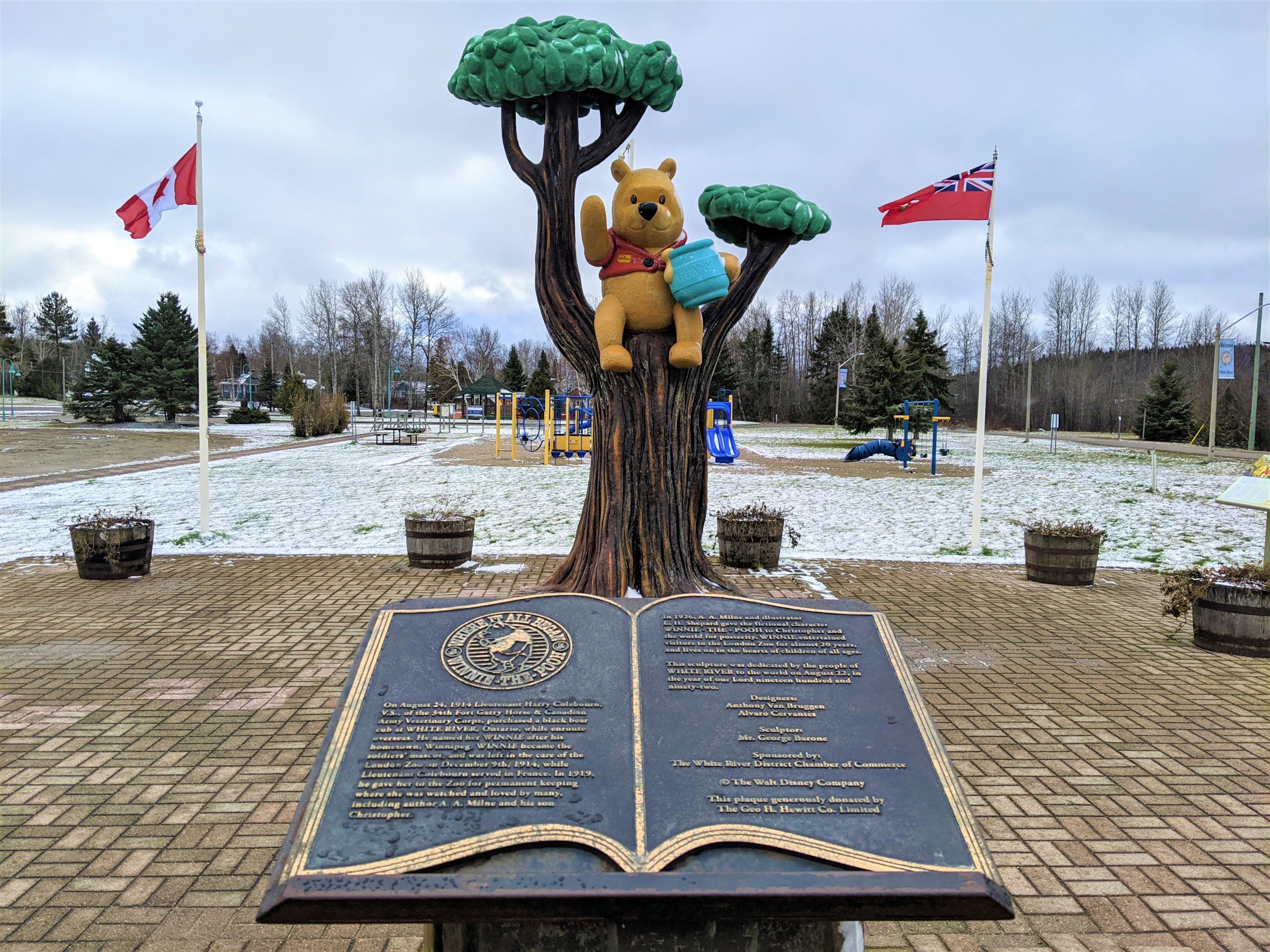 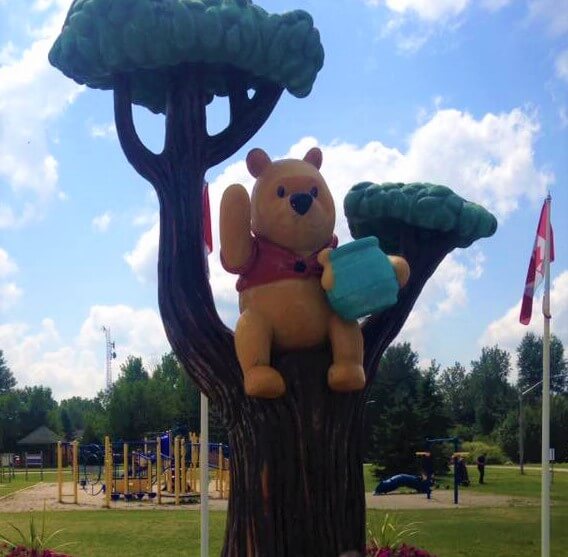 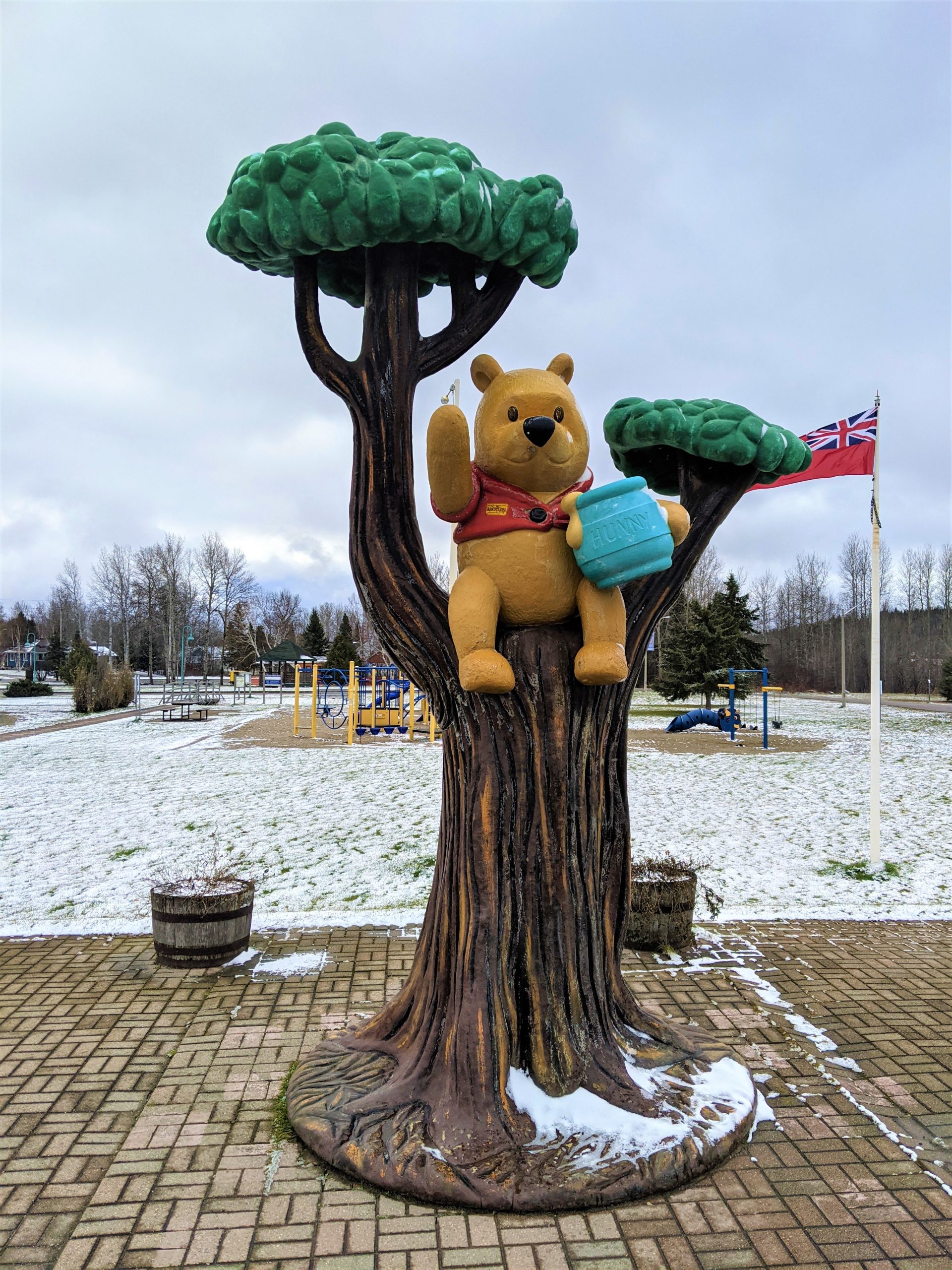 Winnie the Pooh is located in White River in Ontario’s Algoma Country. A statue of Winnie the Pooh sitting in a tree with a honey pot stands with flower beds surrounding it. He is positioned viewable from Highway 17 in front of the Visitor Information Centre. White River is the birth place of the original Winnie the Pooh, the bear cub that was eventually adapted into a cartoon by Walt Disney. A plaque can be seen at the Park that reads, “On 24 August 1914, Lieutenant Harry Colebourn, a young veterinarian from Winnipeg, Manitoba purchased a black bear cub in White River, Ontario while enroute to the First World War. Colebourne named the cub Winnie in honour of this hometown, and the young bear soon became his regimental mascot. Winnie was left in the temporary care of the London Zoo on 9 December 1914 when Colebourn’s regiment was called to the battlefields of France. In 1919 Colebourn permanently donated Winnie to the Zoo. The young bear from Canada became one of the Zoo’s most popular animals. In 1926, the five-year old Christopher Robin Milne, a frequent visitor to the London Zoo, was inspired by the real Canadian bear to rename his own stuffed bear Winnie the Pooh. In turn, his father A.A. Ailne gave the children of the world the timeless stories of Pooh and his friends.”