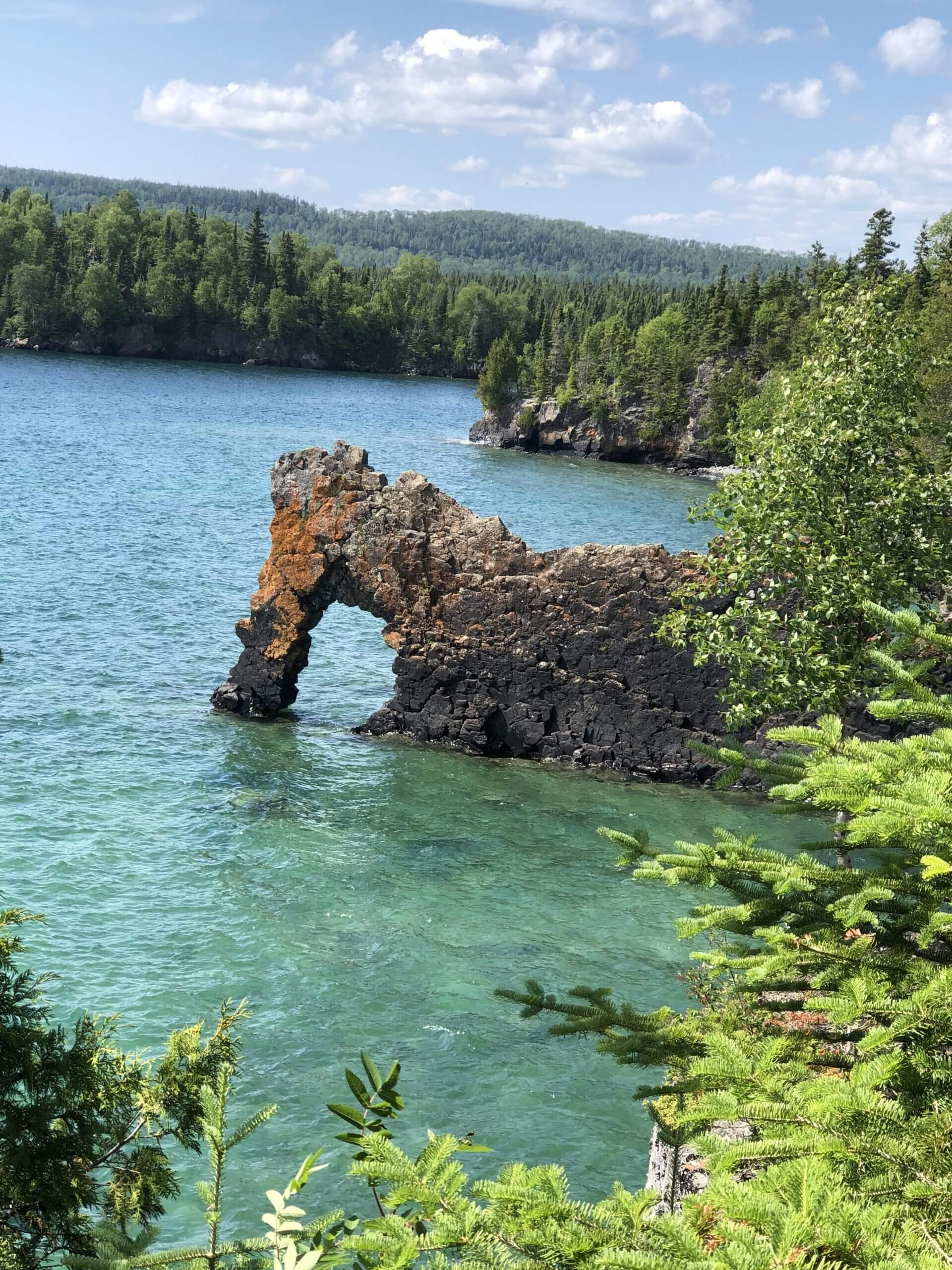 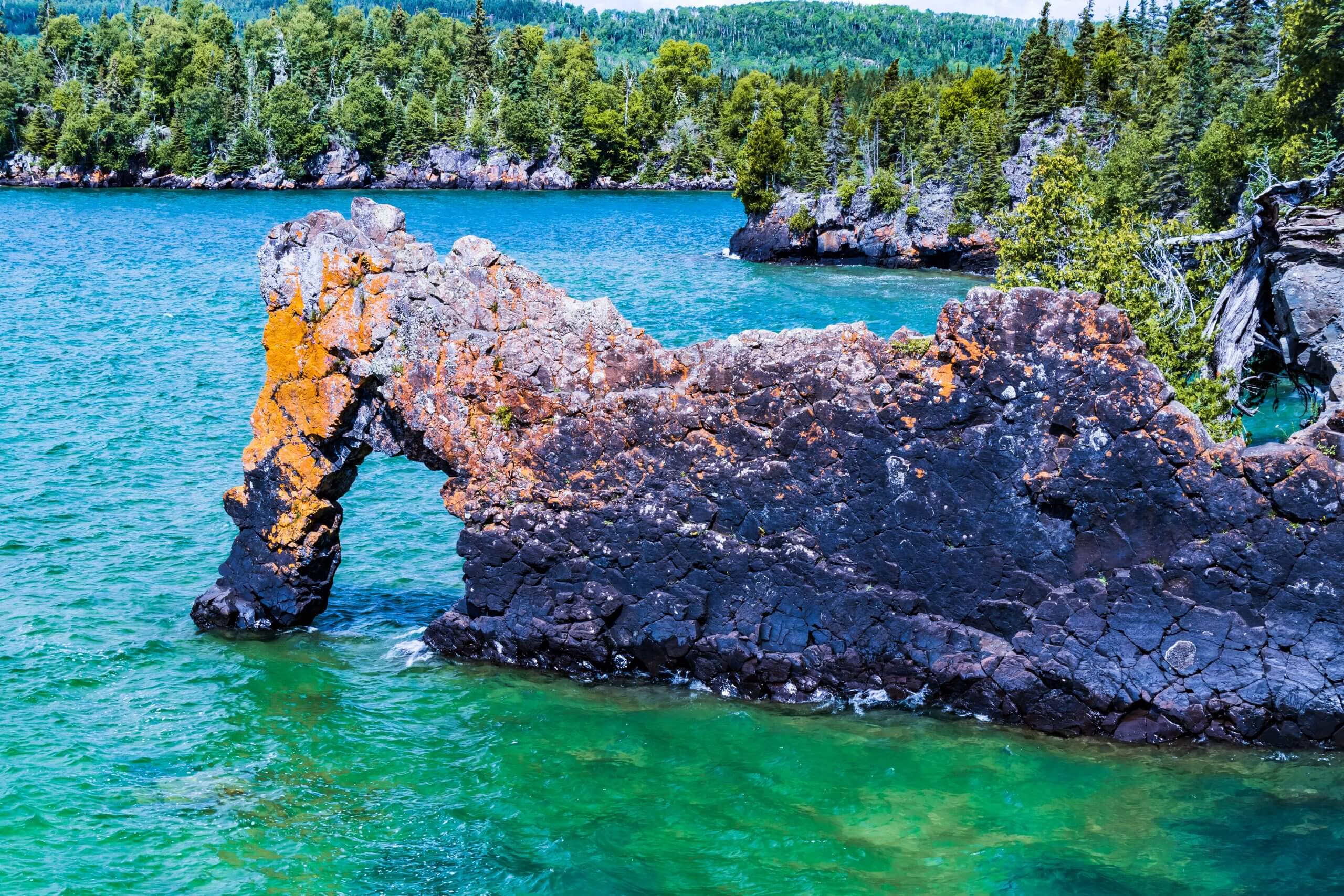 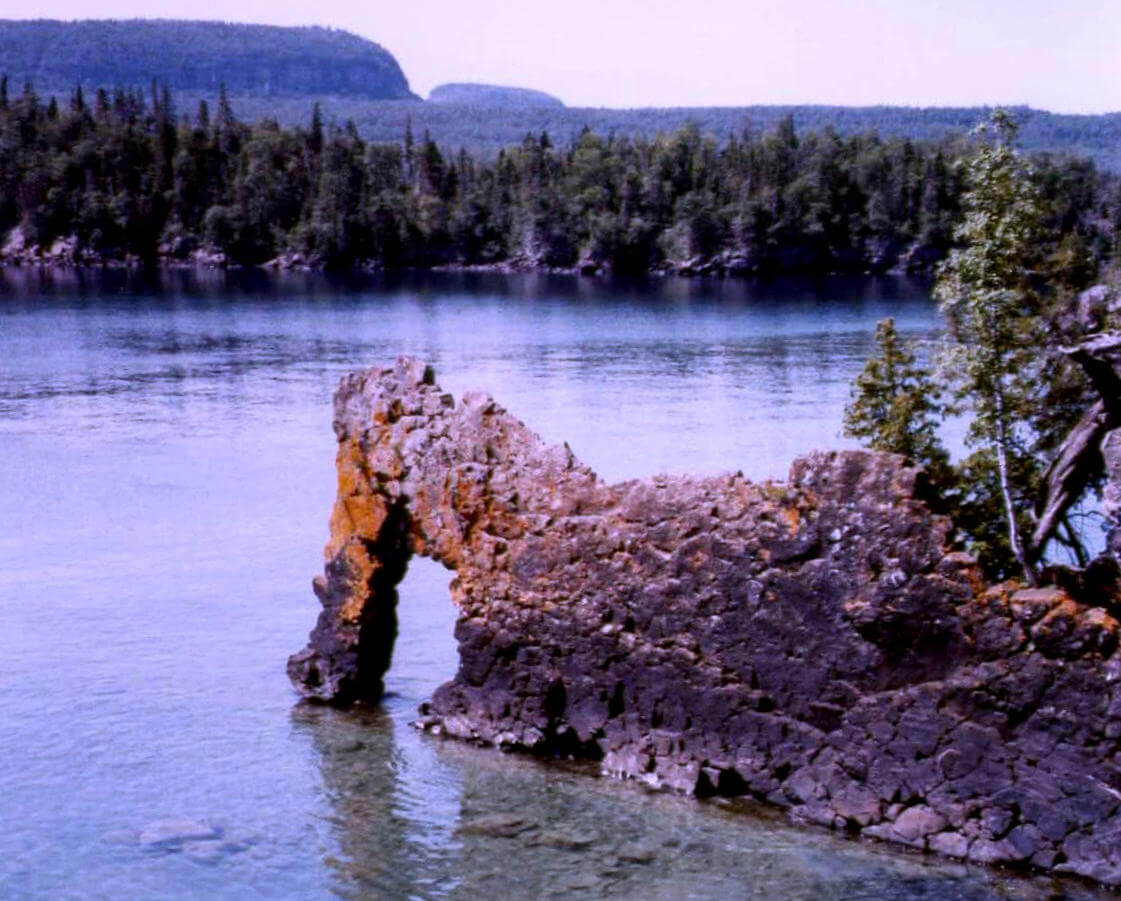 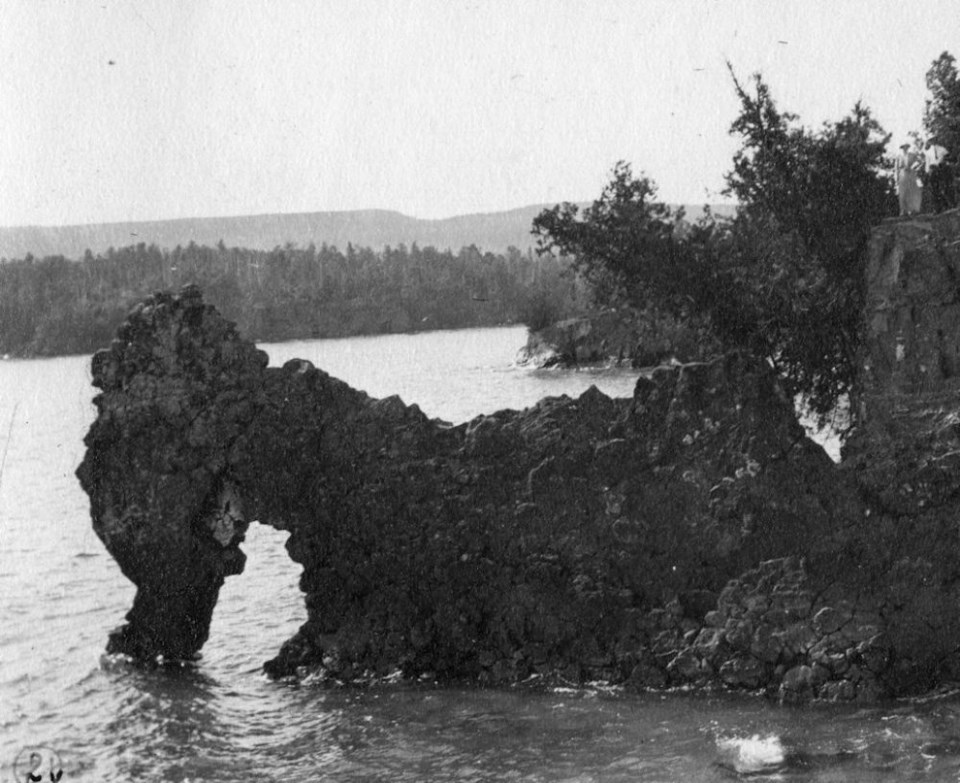 The Sea Lion is found in Sleeping Giant Provincial Park 52.5 miles (84.5km) from Thunder Bay in Ontario’s Superior Country. It is a sedimentary rock formation that projects 49 feet (15m) into Lake Superior. The waves of the lake have cut out an arched tunnel through it. Originally this formation resembled a sea lion looking over the bay though the “head” has eroded and fallen into the waters. It still remains a must see attraction within the park. Ojibwe legend names the sea lion “Nagochee”. As the legend conveys Nagochee was a close companion to Nanabijou, commonly known as the Sleeping Giant, and is described as having the wings of an eagle and the feet of a duck. The trailhead is easy to find from the paved Kabeyun Trail parking area that is just past the Lake Mary Louise Campground. The trail to the Sea Lion branches off the Kabeyun Trail and is a moderate short hike to a viewing area of the Sea Lion.