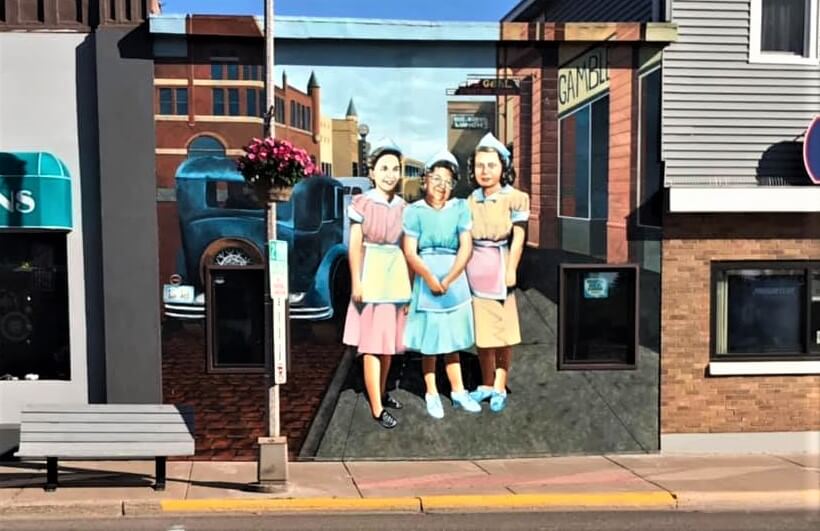 The Waitress Mural is located in Ashland in Wisconsin’s Ashland County. Ashland is know as the “Historic Mural Capital of Wisconsin”. The Waitress Mural was painted in 2007 and is part of the Ashland Mural Walk. The owner of the building wanted to honor a women, Florence Dufek Larson, who helped raise him by memorializing her through a mural. The mural is painted from a photograph that was taken of her and two other women in front of the very same building in the 1940s when they were waitresses. Guided mural trolley tours are available in August where you can see and learn about the history of each colorful mural. There is also a Self-Guided Mural Walk Tour Book available at the Ashland Historical Museum.