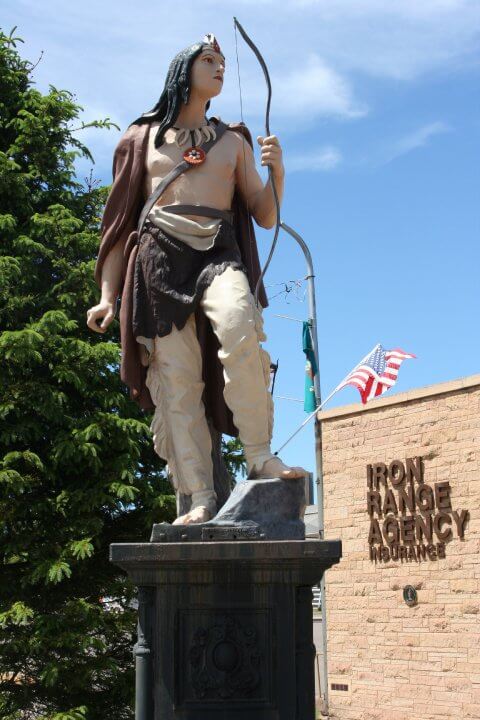 Old Ish is located Ishpeming in Michigan’s Marquette County. This Native American Statue made of zinc was erected in 1884 and originally stood atop a drinking fountain. The base stands eight feet tall while the statue itself is six feet tall. It had three drinking fountains for humans, dogs and horses to quench their thirst and has since been removed. There where multiple similar fountains found in other places though Old Ish is one of the few remaining. It can be found on the corner of Main Street and Cleveland Avenue.