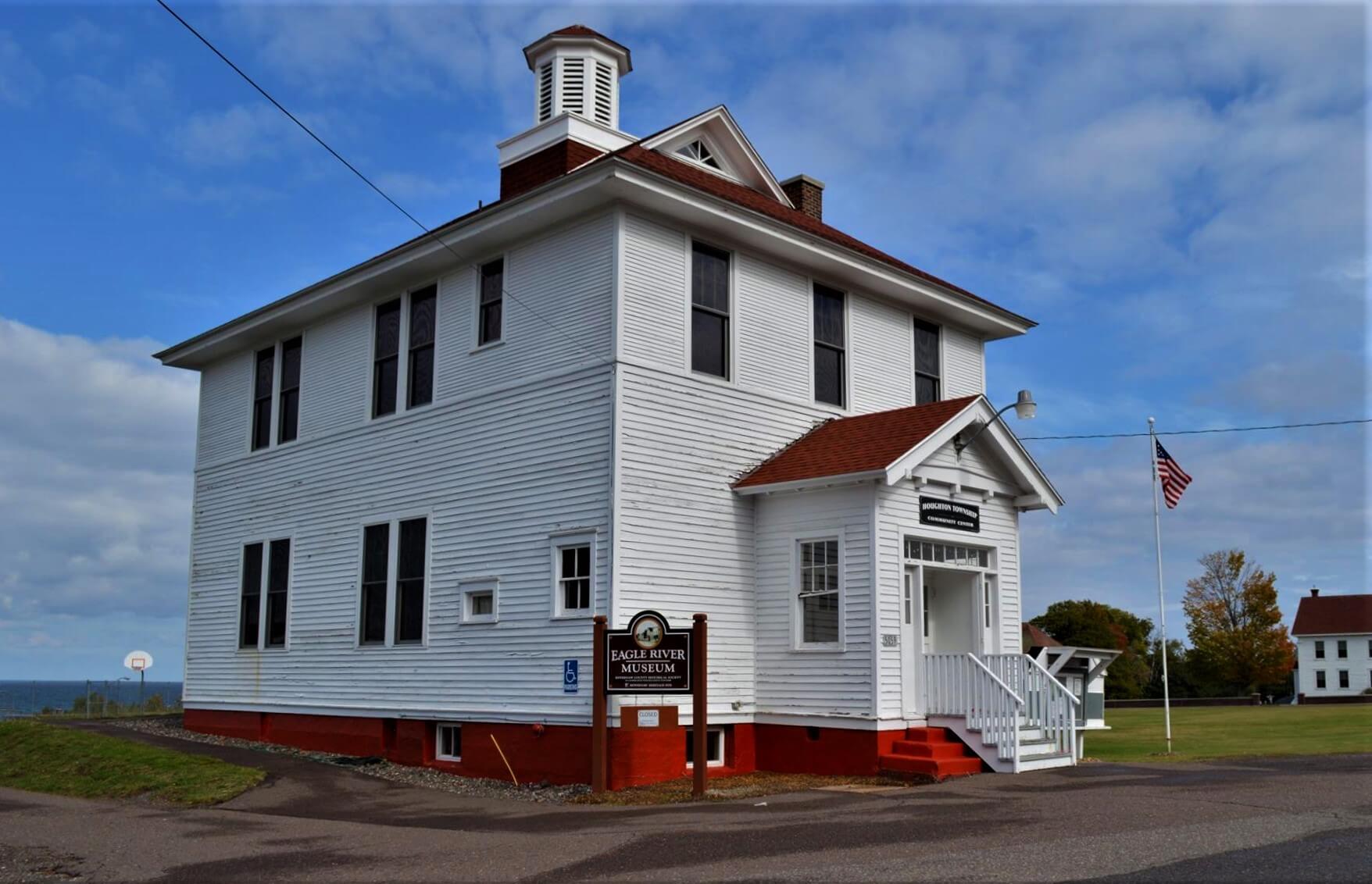 The Eagle River Museum is located in Eagle River in Michigan’s Keweenaw County. The museum focuses on four major themes, the Cliff Mine, the town of Eagle River, the town and mine of Phoenix and the amusement area known as Crestview that is found between to two towns. Cliff Mine was one of the first mines that used Eagle River as their shipping port for copper and supplies its role is one of the major exhibits at the museum. In 1909, The Keweenaw Central Railroad built a pavilion and recreation between Eagle River and Phoenix called Crestview Casino. Though it was called a casino, according to brochures published by the railroad, gambling and alcoholic beverages were not allowed there. This museum exhibits the rich history of mining in the Keweenaw.