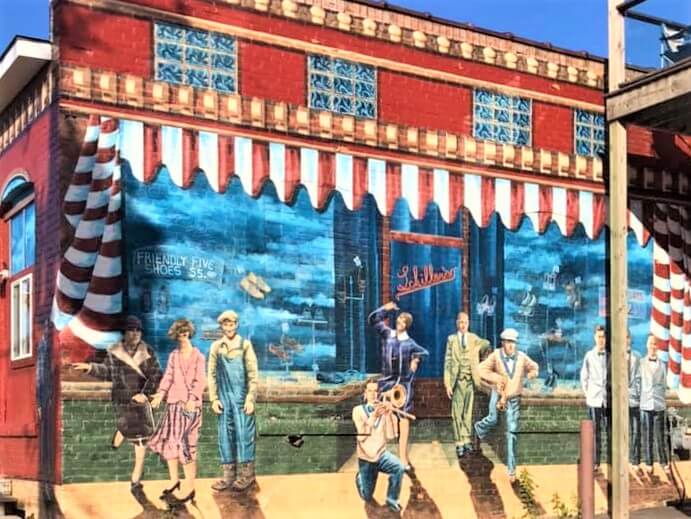 The Aviation, 1920’s Jazz Era & Schiller Shoe Store Mural is located in Ashland in Wisconsin’s Ashland County. Ashland is know as the “Historic Mural Capital of Wisconsin”. This mural was painted in 1999 and is part of the Ashland Mural Walk. Painted on what used to be the building that was home to the Schiller Shoe Store you’ll see the shoe store as it was around the year 1910 along with the owners and some employees. You will also see some of Ashland’s local jazz musicians at the time featured on the mural. The back of the building looks like an old fashion airplane hangar and features people that have contributed to aviation in the area.

Guided mural trolley tours are available in August where you can see and learn about the history of each colorful mural. There is also a Self-Guided Mural Walk Tour Book available at the Ashland Historical Museum.