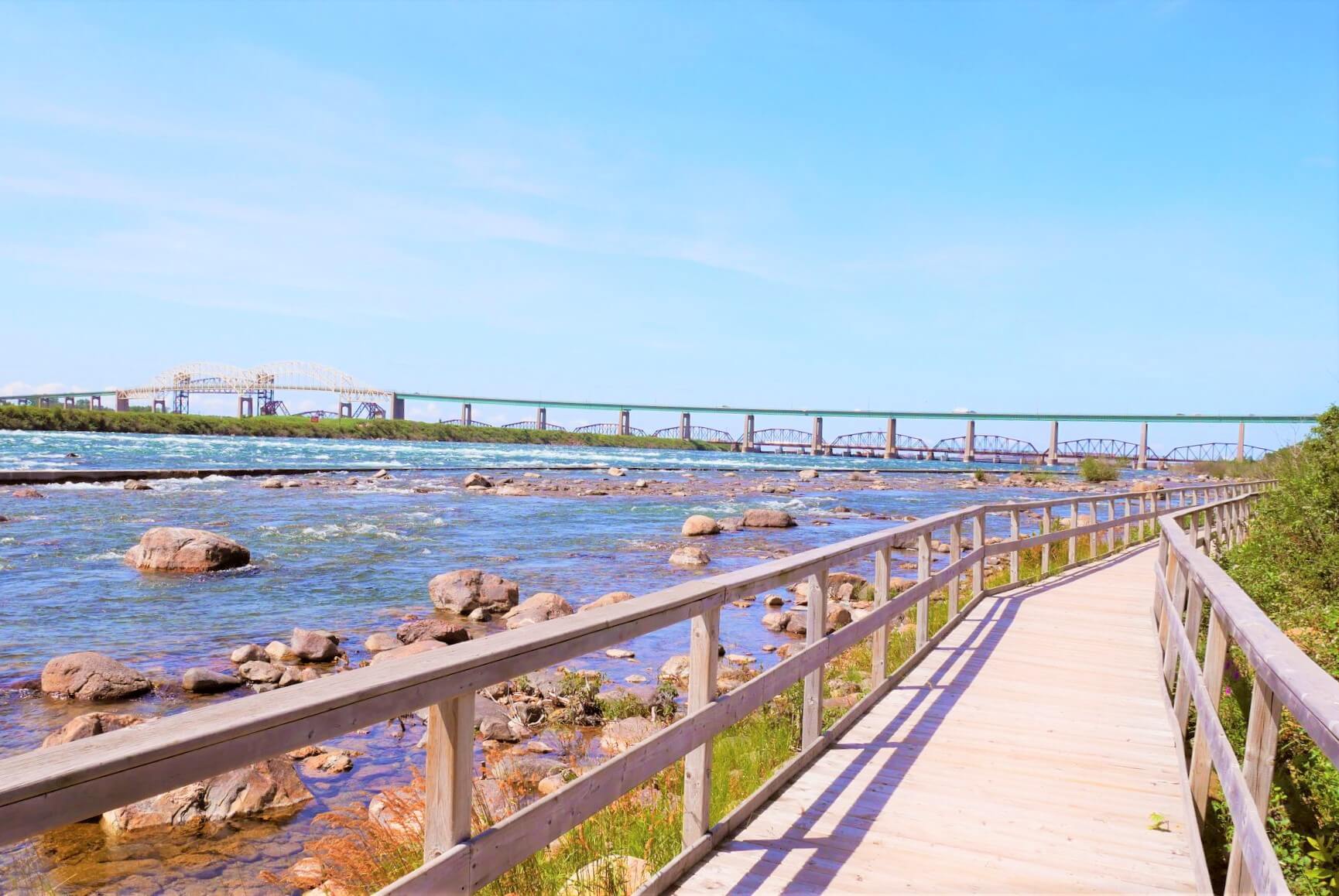 Whitefish Island is located in Sault Ste Marie in Ontario’s Algoma Country. It is a 0.62 mile (1km) long teardrop shaped island. The Island is a just across the and can be accessed by foot bridge. The island is a fantastic place to explore the walking trails that take you along the St Mary’s River. Whitefish Island was designated a National Historic site of Canada 1981 because of the pre contact remains found there and Aboriginal encampment.

The existing plaque about the island reads, “Whitefish Island has been the site of native encampments since it was formed over 2000 years ago by geological process. From the time that pottery was first used by native groups around 300 B.C., eight successive cultures have occupied the site, culminating in the development of the Ojibway nation in the Sault Ste Marie area. The island’s unique location between Lakes Huron and Superior, and the rich fisheries of the St. Mary’s Rapids, made it a focal point of prehistoric and historic trade and settlement until early in the 20th century.”