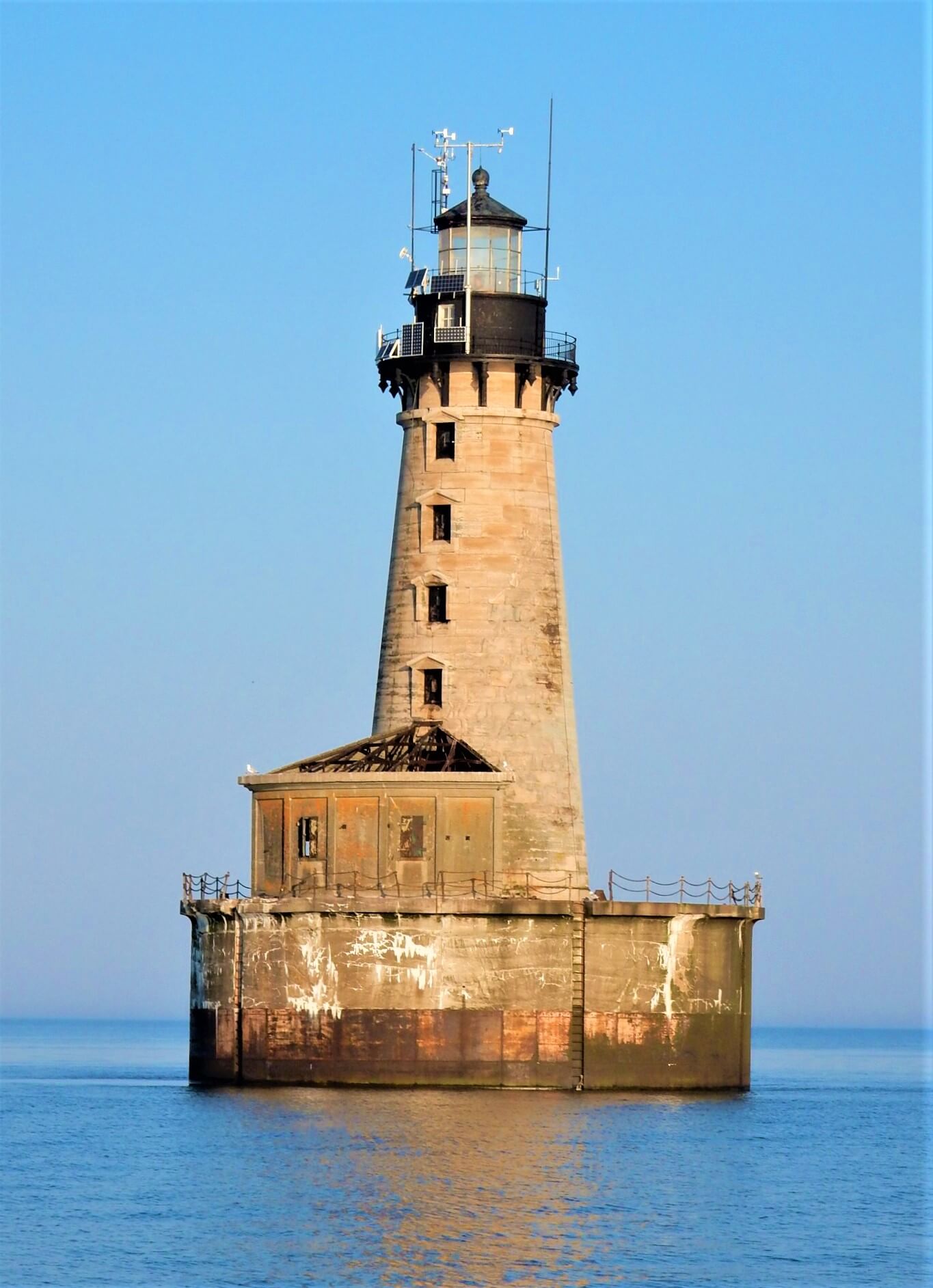 Stannard Rock Lighthouse, also known as the ”loneliest lighthouse in the world”, is located at a reef that extends for 0.25 miles (0.40 km) that is only slightly covered by Lake Superior, 45 miles 72kms. from the Marquette Harbor. This hazardous reef was discovered in 1835 by Captain Charles Stannard and subsequently led to the demand to mark it with this lighthouse. It was first marked with a day beacon and then to the 78 foot tall engineering marvel in 1883 able to withstand the elements out on Lake Superior. The lighthouse is closed to the public and can only be viewed from the water. Charter boats out of Marquette can take you out to view it. Stannard Rock is known for great fishing being that a state record lake trout was caught from there weighing in at over 61 pounds!