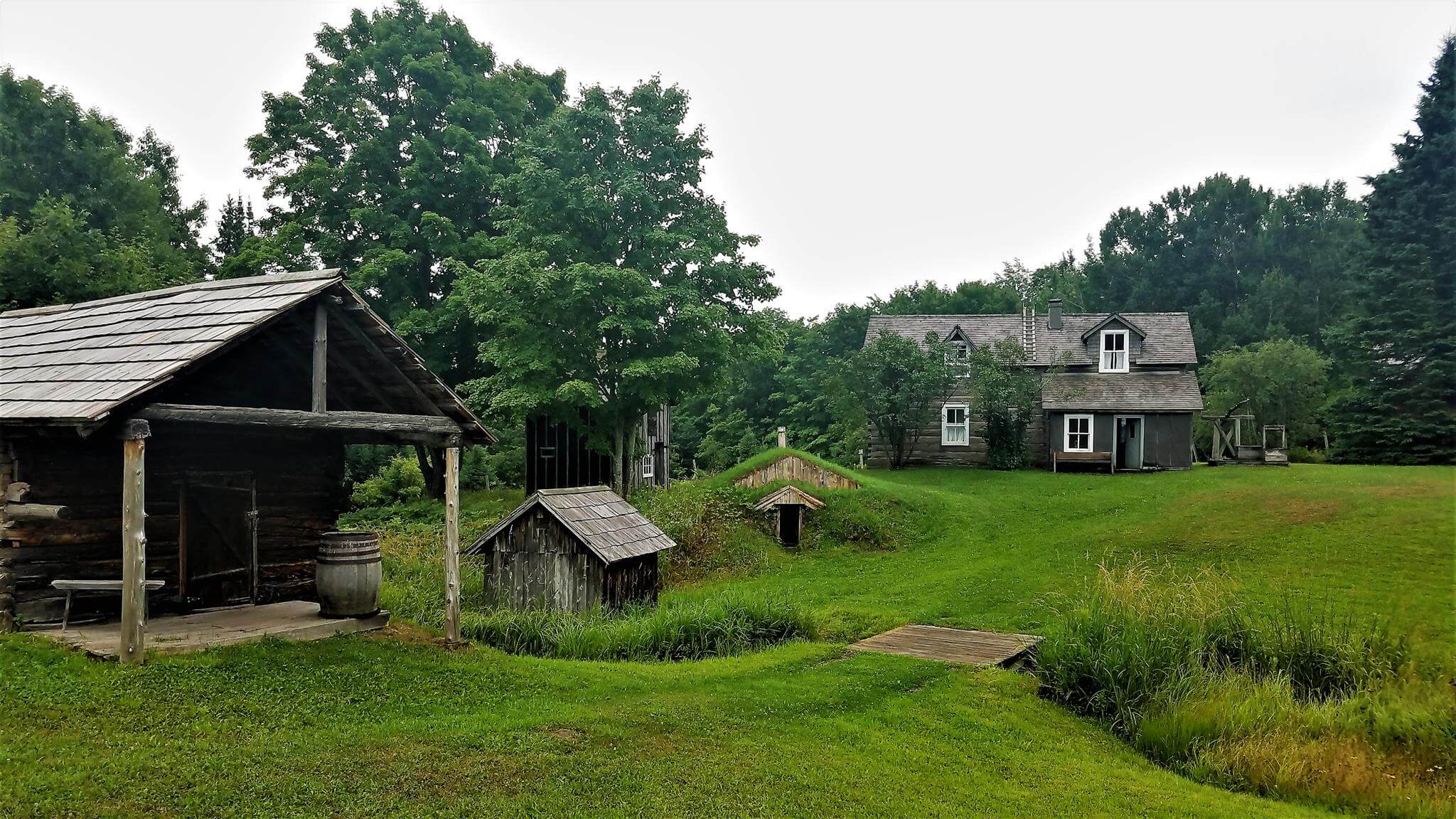 The Hanka Homestead Finnish Museum is located in Baraga in Michigan’s Baraga County. The museum consists of multiple log structures of the Hanka Homestead. These structures include, the family home, blacksmith shop, sauna, milk house, root cellar, granary, garage, horse barn, chicken coop, cow barn, hay barn, outhouse, machine shed, wood shed and caretakers cabin. Explore and experience what it may have been like at a 1920s era farm at this open space, open door museum.

An informational panel there reads; “Most Finnish immigrants came to the Copper County hoping to escape a feudal servitude on large industrial farms controlled by the Russian farms controlled by the Russian Czar. In Am Erica, many became workers in copper mines controlled by wealthy, absentee mine owners. These Finnish immigrants sought a life on their own terms. These terms were often found on marginal farm lands or “stump farms” as they were known. Finnish immigrants lived a difficult but self reliant life, often hacking and carving an existence acre by acre out of the wilderness. Herman Hanka was one such Finnish immigrant. Herman, though, was fired after an explosives blast in Copper Country mine claimed the life of a partner and left him maimed and deaf. Many who knew him said Herman never recovered emotionally after the disaster. After the mine catastrophe, Herman sought the independence and solitude of a stump farm. To make the self-reliant lifestyle work, Finnish immigrants used seasonal work to strategies to supplement their agricultural income. Many logged in the winter, trapped animals seasonally for pelts, and fished area lakes and rivers for food and profit. The stump-laden marginal farming lands, dense forests, and isolated waters became the Finnish immigrant’s unlikely ideal. Hanka Homestead represents this ideal. Hanka Homestead represents the dreams, labor and principles of an entire group of people that partook in a harrowing journey to carve out their own unique sense of freedom in a new land.”